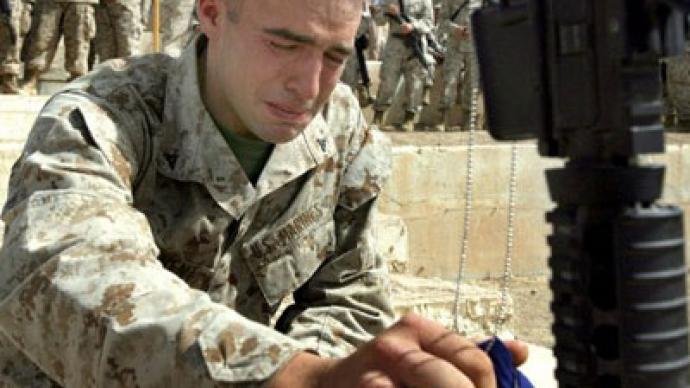 Talking to News agency Associated Press, Maj. Gen. Christopher Donahue says he is unable to determine the motive for the suicides. In July, however, division officials said elements such as troop deployments, isolation and the coronavirus were playing a key role in suicides.

Suicide is a long-standing problem in the US military.

Reports suggest that the rate of suicide among the U.S. military is roughly in lockstep when compared to the American population. Suicide is most prevalent among service members in the male enlisted ranks under the age of 30 regardless of component. The primary method is by firearm.

Nearly 30 percent of the military spouses who took their own lives were male, and a little more than nine percent were female, the data shows.

Current suicide prevention initiatives across the armed services broadly focus on addressing stress factors at multiple social levels while encouraging open dialogue about personal issues and resiliency. Educating both U.S. forces and their families on mental health programs and behavioral risk factors is a key element in suicide prevention.

U.S. officials say they are now considering reducing troop deployments in war-torn areas as well as taking more care of their health. Similarly, advanced technology will be used to locate depressed soldiers.

U.S. officials did not say the total number of suicides this year, but about 100 Air Force personnel have committed suicide since March alone. In the year 2118, about 541 soldiers took their own lives.