Israel’s parliament has passed a new law banning demonstrations due to the coronavirus. 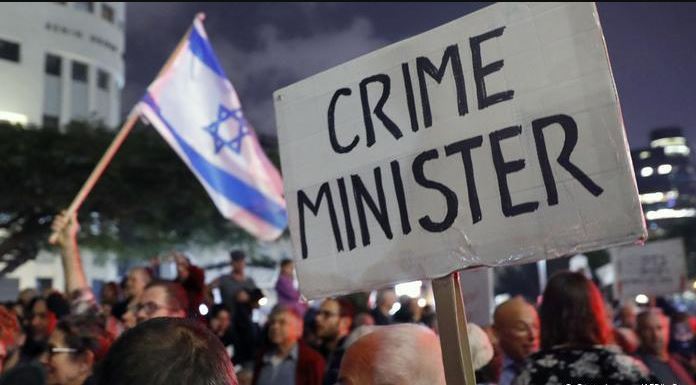 Parliament passed a law on Wednesday banning protests. The law was passed by 46 votes to 38.

The law is said to be part of measures taken by parliament to stem the country’s second wave of the virus.

Critics say the move is an attempt to quell protests against Prime Minister Benjamin Netanyahu.

This rule comes in the aftermath of weeks, in which thousands of people gathered outside Prime Minister Benjamin Netanyahu’s official residence in Jerusalem to demand he resigned over corruption allegations and his handling of the pandemic.

Netanyahu has, however, denied any wrongdoing.

And the protests have continued despite a dramatic resurgence of coronavirus cases in the country.

The protests have just not been unsafe for the prime minister, but have also risked the lives of so many people. An entire democracy continues to suffer.

Israel has reported more than 237,000 coronavirus cases and 1,528 deaths, and by passing the law, it has set a benchmark for democracies worldwide.

Most of the country’s business centres, offices, places of worship, educational institutions and cultural sites have been closed since the September 18 lockdown.