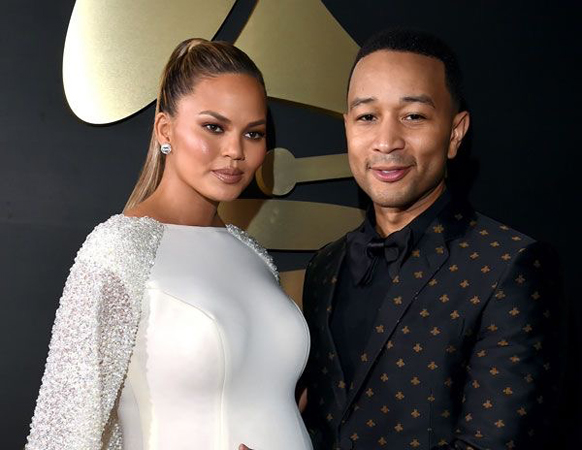 Hollywood is sending love to Chrissy Teigen and John Legend. On Sept. 30, the 34-year-old cookbook author shared she suffered a pregnancy loss. The news came days after fans learned Teigen had been hospitalized for excessive bleeding.

“We are shocked and in the kind of deep pain you only hear about, the kind of pain we’ve never felt before,” she wrote in an Instagram post. “We were never able to stop the bleeding and give our baby the fluids he needed, despite bags and bags of blood transfusions. It just wasn’t enough.”

While Teigen noted she and Legend waited “until the last possible moment” to name their children, Luna, 4, and Miles, 2, she wrote they had already “started to call this little guy” Jack.

“So he will always be Jack to us,” the Chrissy’s Court star continued. “Jack worked so hard to be a part of our little family, and he will be, forever. To our Jack—I’m so sorry that the first few moments of your life were met with so many complications, that we couldn’t give you the home you needed to survive. We will always love you.” Legend, who announced the pregnancy with Teigen in his “Wild” music video back in August, posted a tribute of his own on Twitter. Alongside five hearts, he wrote, “We love you, Jack.”

After Teigen shared her devastating news, several stars rallied around her family with words of support.