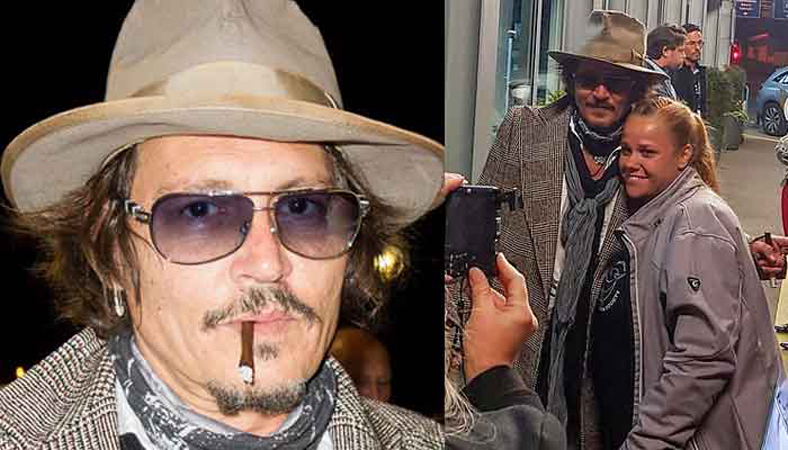 Actor Johnny Depp broke social distancing rules as appeared happy to chat and pose with fans outside the terminal after he touched down in the Switzerland.

The 57-year-old film star he hugged a sweet fan at the Zurich airport on Thursday outside the terminal after his arrival in country.

The actor wrapped his arms around the female fan waiting outside the airport for him.

Johnny appeared to forgot regulations in place as he also stood closely beside the same woman as they posed for a photograph together.

Current government guidance in the Switzerland states that people in the country should be keeping a distance of at least 1.5 metres from other people. The rules also state that if it is not possible to maintain that distance, wear a face mask, however Johnny was without a mask at this point.

The ‘Fantastic Beasts’ actor looked dashing as he joined fans outside the terminal. He was also seen puffing on a cigarette after stepping out of the airport.

He was dressed in a typically quirky fashion for the outing as he donned a plaid overcoat, with a selection of scarfs worn around his neck.

The actor completed his ensemble with a pair of jeans and a beige fedora, as well as sporting a pair of shades.