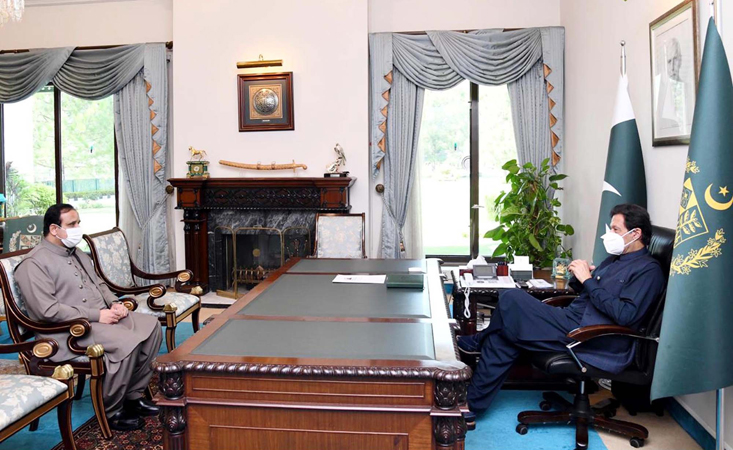 Punjab Minister Sardar Usman Buzdar has directed to hold revenue public-service kutcheries for providing prompt relief to the people as well as to redress their grievances concerning revenue-related matters.

Revenue public-service kutcheries were held for the first time in the province and revenue related problems of thousands of citizens were solved on-the-spot. Usman Buzdar said that every month on the first working day concerned officers will remain present in such kutcheries from 10.00 am to 3.00 pm so that people’s problems could be resolved under one roof. He said kutcheries will solve problems like correction of the record, issuance of the deed, registration of transfer deed, registry, income certificate, inspection of the record, issuance of domicile and other revenue related affairs. The DCs and other staff will remain present in kutcheries to resolve people’s problems. The government will totally revamp the outdated system, he added.

Usman Buzdar also directed to devise a master plan for the repair and maintenance of shrines of Sufi saints. While presiding over a meeting at his office about repairs, maintenance and renovation projects of different shrines, the CM stated that green-belt and the park will be developed at the area connected with Data Darbar. The meeting decided to reserve the passageway for pedestrians; and to ensure smooth flow of traffic around Data Darbar, the basement area will be reserved for parking. The lift will be fitted along with the construction of 100 new toilets. The meeting also deliberated upon underground passageways for pedestrians near Data Darbar besides reviewing the project of repair and maintenance of Hazrat Baba Mouj Darya shrine.

The CM added the new building of the shrine of Hazrat Bibi Pak Daman will be completed with an amount of Rs.15 crore and separate halls will be built for male and female devotees along with other amenities. Similarly, the shrine of Hazrat Baba Farid Ganj Shakar in Pakpattan will be renovated with an amount of Rs.15 million. Along with it, religious tourism of shrines will also be introduced on a weekly basis, he said. The expansion project of the shrine of Chakar Azam Rind will be inaugurated soon and a one-day tour to Okara from Lahore will be started soon. The CM directed to permanently transfer addicts to rehabilitation centres.

Chief Minister Punjab Sardar Usman Buzdar chaired a meeting about the revival of cultural and tourism-related activities in Lahore city.

The meeting gave in-principle approval to the construction of an overhead bridge from railway station to Badshahi Masjid along with introducing street and night tourism in Lahore to attract the tourists. The CM disclosed that buffer zones will be introduced to preserve the historical buildings and monuments and urban space will also be restored for the citizens in the provincial metropolis. Similarly, sit-out cafés will be introduced so that the citizens can enjoy leisure life in the pattern of Europe. The food stalls will be arranged at an open area on historic mall road and food items will be sold on pushcarts of appropriate designs. Certificates will be displayed at food-carts showing the quality of food items. Maryam Zamani Masjid will also be restored to re-establish its historical grandeur and rim-market will be shifted to some other place. DG Walled City of Lahore Authority apprised the meeting that the royal passageway is being restored from Kashmiri Bazar to Dabbi Bazar. The meeting also reviewed setting up open-air food streets at different places in Lahore.