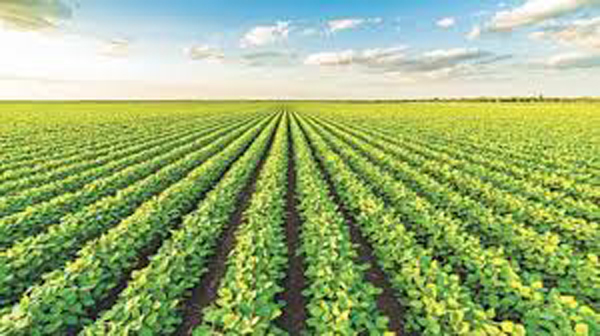 This was noted during the visit of Syed Hussain Jahania Gardezi, Punjab Agriculture Minister to maize-soybean strip intercropping demonstration plots at the Research Farm of PMAS-Arid Agriculture University in Koont, Rawalpindi.

According to Gwadar Pro on Friday, the Minister admired this technology’s local development and showed willingness to support its future popularization in Pakistan.

With serious interest in this intercropping technology, Syed Hussain Jahania Gardezi investigated the plot and felt amazed to see its progress in Pakistan.

The idea of developing maize-soybean intercropping technology in Pakistan is appreciated by the Agriculture Minister.

He thinks the maize and soybean under intercropping system are much healthier than those of sole cropping. “China’s experience may provide meaningful insights for Pakistan especially in relation to crop production, ” the Minister said.

Under the intercropping system, farmers can harvest soybean without reducing the current cultivation area of maize to stimulate local soybean production and then increase the supply of edible oil and soybean meal for poultry and livestock.

This August in rainfed conditions relying on rainfall rather than irrigation, the yields of maize and soybean reached 7065 kg/ha and 1167 kg/ha respectively at the Koont Research Farm.

By using high-yielding soybean varieties, machinery, pesticides and weedicides from China, the yields for next season are expected to be raised to an even higher level.