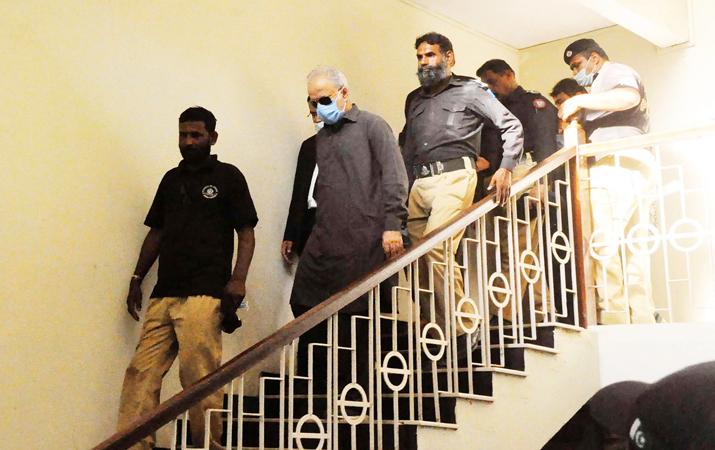 The National Accountability Court (NAB) on Thursday arrested Makhdoom Jalil-u-Zaman, the son of Pakistan People’s Party deceased leader Makhdoom Amin Fahim in corruption case. He was taken into custody by NAB Sindh from his house in Karachi. Sources said Makhdoom Jalil-u-Zaman is accused of embezzlement of funds while being Taluka Nazim of Hala. He was summoned by the graft-buster body in August, but he did not show up. Earlier, the National Accountability Bureau (NAB) Chairman Justice (retd) Javed Iqbal had said that all mega corruption cases would be brought to their logical end. Presiding over a high-level meeting in Islamabad, the NAB chairman reviewed the overall performance of the anti-graft watchdog. During the meeting, Javed Iqbal was briefed over the investigation into different corruption cases at the NAB Islamabad Office.