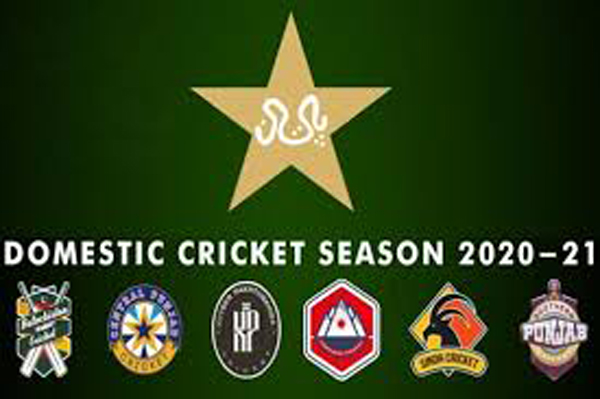 LAHORE: The national junior selection committee headed by former Test fast bowler Saleem Jaffer on Thursday announced the Under-19 squads of the six Cricket Associations who would compete in the National Under-19 three-day and one-day tournaments as part of the domestic season 2020-21. The PCB endeavoured to maximise the participation of the teenage cricketers and held open trials for the selection of the squads that will feature in the National One-Day Tournament from 13 October and National Three-Day Tournament from 5 November. The U-19 season commences with the first round of the one-day fixtures between the six teams at three venues (LCCA Ground, Gaddafi Stadium and Country Club Ground Muridke) on Tuesday, 13 October. Around 7000 players took part in the open trials that were held at six cricket centres across the country. The open trials were held from 16-19 September at major cricket centres of all Cricket Associations and those who are born on or after 1 September 2001 were eligible to appear.

After a two-day open trial activity, 40 players were shortlisted for each of the six Cricket Associations, who featured in trial matches, on 18 and 19 September, to stake claims in the final 20-player squads. The trials were held under strict Covid-19 protocols. National High Performance Centre coaches were involved in the trial processes at the LCCA ground in Lahore and the Pindi Cricket Stadium in Rawalpindi. Trials in Abbottabad, Karachi, Multan, and Quetta were conducted by members of the National Junior Selection Committee, who were joined by the teams’ head coaches.

Saleem Jaffar, Chairman of the National Junior Selection Committee, said: “We tried to give maximum opportunities to the players who turned-up for the open trials, I am happy with the final merit-based selection of the six squads and we are all encouraged by the massive turn-out at the trials across the country. Cricket remains the number one passion of the nation and teenagers in the country strive to prosper in the sport and aim to represent the country. There was a real enthusiasm among the boys to showcase their talent at the trials. I also want to thank the players who participated, their parents and the PCB staff as well as the ground staff at all six venues for their exemplary discipline and strict implementation of the Covid-19 protocols. At the end of the process, we have chosen the best possible squads from all six Cricket Associations. I am hopeful of a competitive U19 cricket season as this stage is a stepping stone for these players towards professional cricket. We have produced some world-class players in the past from the same stage and this year too we should have some talented players emerge from the three-day and one-day events.”

Meanwhile, the first Covid-19 tests of the six squads including the team officials will take place on Saturday in Lahore and the second test will be held on Sunday. Central and Southern Punjab, Khyber Pakhtunkhwa and Northern will be tested at the PC Hotel. Players based in Lahore would also be tested at the PC Hotel on the same day. Sindh and Balochistan squads will also be tested at their central station at Muridke Country Club; all six squad members clearing the test will then enter the Bio-Secure zone in Lahore.

Cricket Association squads for National U19 three-day and one-day tournaments: