Congress leader Rahul Gandhi has been arrested by UP police while he was on his way to meet the Hathras gang-rape victim’s family. Earlier, section 144 was imposed in Hathras, sealing its borders with neighboring districts. The move came right after Congress leaders Rahul Gandhi and Priyanka Gandhi announced to visit Hathras village to meet the family of Manisha Valmiki, the Dalit girl who died after being gang-raped by four upper caste men. 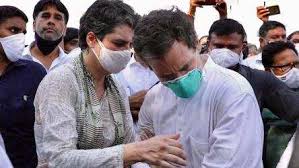 The Gandhi sibling duo was stopped on the highway by the Uttar Pradesh police, after which they decided to march to Hathras. The former Congress president ensured to meet the victims’s family alone to avoid overcrowding and maintain law and order situation, “I am standing here peacefully. I want to march alone to Hathras. Section 144 talks about public assembly. I will go alone to Hathras.” However, the policemen on duty used force to push the Congress leader back. The party workers accompanying him gathered around him, after which the police lathi-charged them. Visuals from the spot show policemen pushing Rahul Gandhi back, after which he fell down. 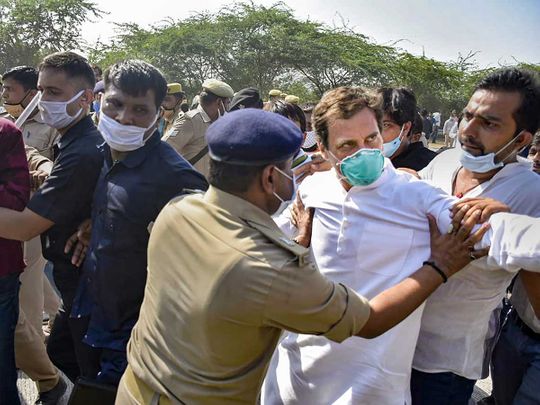 Priyanka and Rahul have been arrested and taken to Budh International Circuit guest house for detention.
The 19-year-old Dalit woman who was gang-raped two weeks ago, passed away in Safdarjung hospital Delhi on Tuesday. Her family alleged that the dead body was not handed over to them, and was cremated in the dead of the night by the police who forced them to perform the last rites against their traditions.
As people across the country began to demand justice for the girl, the administration started a crackdown on protestors to prevent massive protests similar to the ones that erupted after Nirbhaya case in 2012. Dalit rights activists and members of the victims family were taken away by the local police when they gathered in front of the hospital she was admitted in. 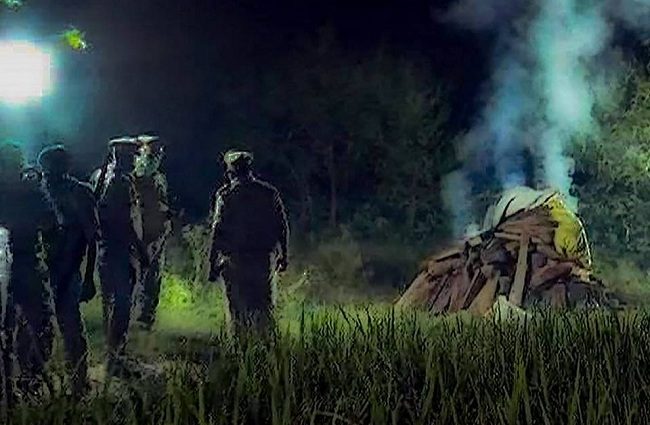 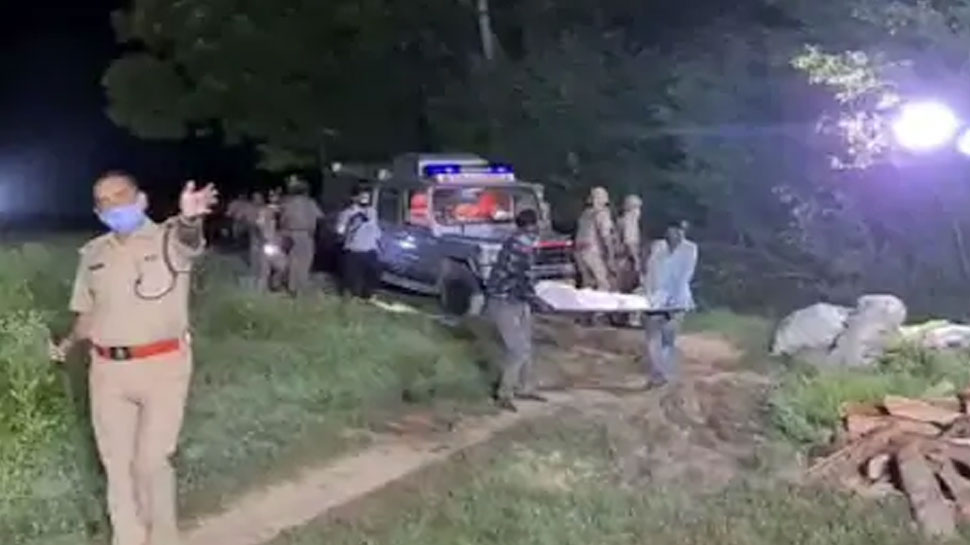 Later, her relatives and other villagers were forcefully kept away while her body was cremated. The villagers accused the local police of dumping her body and burning it quickly instead of completing the traditional cremation rituals. Moreover, the cremation was done late at night to avoid mobilization and protests, despite her family’s requests to wait for sunrise, as it is against their traditions to cremate the dead after sunset.