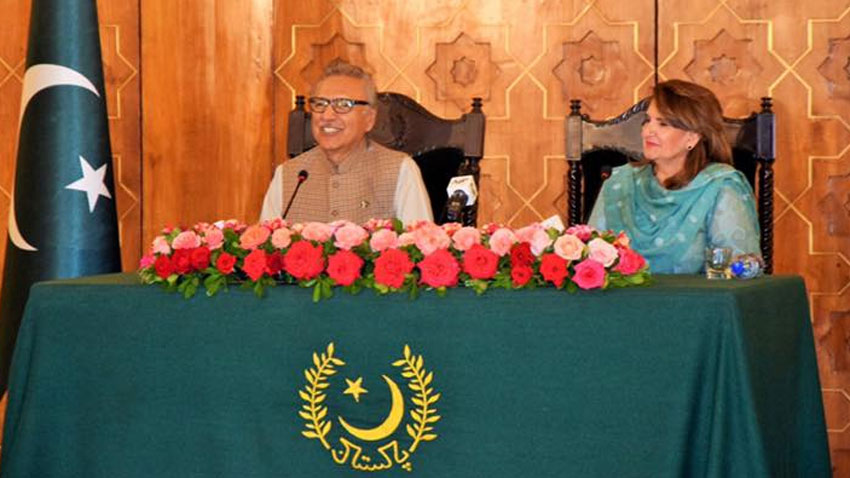 ISLAMABAD: President Dr. Arif Alvi has called upon parliamentarians and media to play an effective role in raising awareness about breast cancer.

In his letters addressed to MPs and media representatives including anchorpersons, the president urged them to highlight the disease as October is globally marked as a breast cancer awareness month, aimed at disseminating information on breast cancer prevention, detection and treatment.

President Alvi said the disease kills millions of women every year around the globe including some 40,000 deaths in Pakistan.

According to a recent report, breast cancer is the second leading cause of death among women. In Asia, the report said, Pakistan has the largest rate of breast cancer. An estimated 83,000 cases are being annually reported in the country which means that one in every nine Pakistani women develops breast cancer at some stage of her life.

Pakistan has a higher mortality rate the disease compared to her South Asian counterparts, with the reason being lack of awareness about the disease, the president observed.

The president called upon the parliamentarians to carry out awareness campaigns simultaneously at the national level and within their constituencies.

He also asked the media to create awareness through public welfare messages, talk shows and newspaper articles during the entire month.

The president appealed to the newscasters, anchorpersons and guests appearing at their talk shows to wear pink ribbons as a symbol to highlight the issue of breast cancer.