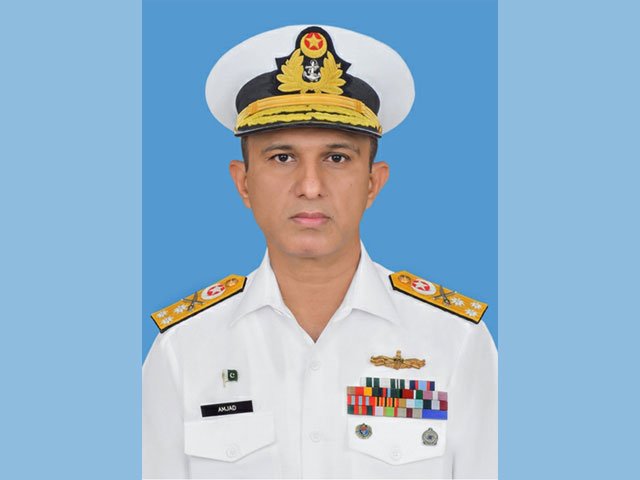 President Dr Arif Alvi on Wednesday appointed Vice Admiral Muhammad Amjad Khan Niazi as Chief of the Naval Staff and promoted him to the rank of Admiral.

Vice Admiral Muhammad Amjad Khan Niazi will succeed Admiral Zafar Mahmood who will relinquish the command of Pakistan Navy on October 7. The change of command ceremony will be held at PNS ZAFAR, Islamabad.

The CONS-designate has served on various command and staff appointments during his service.

He is a graduate of Army Command & Staff College, Quetta and National Defence University, Islamabad. The Admiral has been awarded Hilal-i-Imtiaz (Military) and Sitara-e-Basalat by the Government of Pakistan and French Medal Chevalier (Knight) by the Government of France.