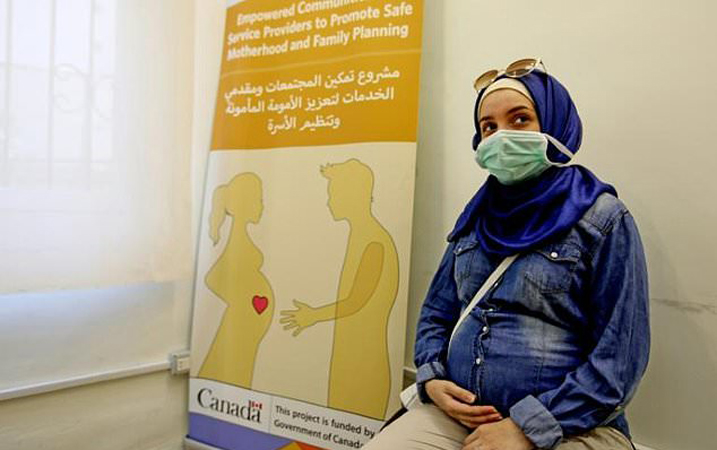 Seven months ago, Lebanese mother-to-be Rana Mneimneh was ecstatic she was pregnant, but after a massive explosion at Beirut’s port, she lives in constant fear for her baby girl.

“Before the blast I was excitedly preparing for the birth of my first child, but since, I’ve stopped completely,” the shy 25-year-old said inside a Beirut clinic providing free consultations for pregnant women.

Lebanon had already been mired in its worst economic crisis in decades and battling the novel coronavirus pandemic.

Now, after the August 4 explosion that killed more than 190 people, injured thousands and ravaged large parts of the capital, Mneimneh is terrified of what might come next.

“I’ve decided to save money instead of spending it on clothes and other things for her. We might need to travel, or the child might need something urgently,” she said at the clinic in the Bashoura neighbourhood.

“What I already have and second-hand clothes from relatives are enough.”

The explosion was one of the largest non-nuclear blasts in history.

Mneimneh, who was with her husband and in-laws when it hit, rushed to help an injured relative before quickly becoming overwhelmed.

“I fell on the ground, I was so terrified. I was in shock,” she said.

Although not displaced by the blast, Mneimneh said that almost two months later, she was still deeply shaken.

“I’m permanently scared there will be a new explosion. If I hear a loud noise from a car or any kind of bang, I’m petrified,” she said.