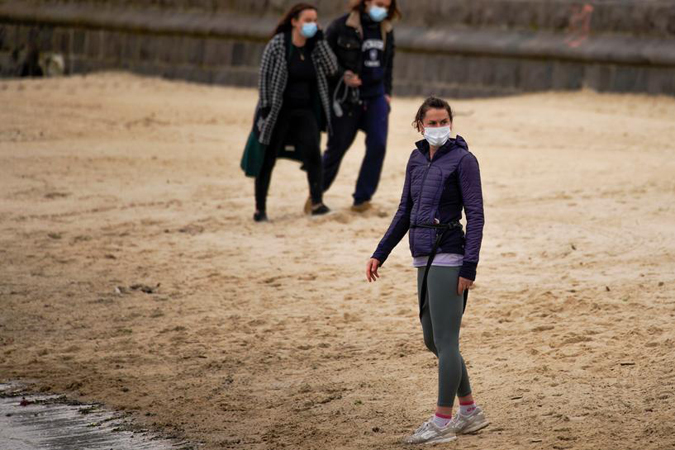 Australia’s coronavirus hotspot of Victoria state maintained its steady downward trend in new infections on Wednesday as states began easing internal border closures, fuelling optimism about a return to normal. Victoria’s quick containment of a second wave of the outbreak prompted Western Australia state to relax its travel restrictions, allowing travelers from the southeastern state to quarantine at home rather than in a hotel from Monday. Australia’s iconic Sydney Opera House, a national symbol, said it would work to reopen its venues from November after the New South Wales state government raised the seating capacity in theatres to 50% from Thursday. Victoria, Australia’s second-most populous state, said cases rose slightly from the previous day but the key indicator of 14-day average cases in the state capital of Melbourne fell below 17. Authorities have promised to ease more curbs in Melbourne from Oct. 19, as long as average cases fall below five a day, although Victoria Premier Daniel Andrews has said the state will be flexible on the target. Victoria on Wednesday reported 13 new cases, sharply down from a peak of more than 700 cases logged in early August. “Just three more weeks and we’ll be able to take a very big step,” Andrews told reporters. “We are so close to seeing this off.” The state will now require COVID-19 testing of all workers at high-risk facilties such as meat, poultry and seafood processing facilities and supermarket distribution centres. Tests will also be carried out on all workers at aged care sites.