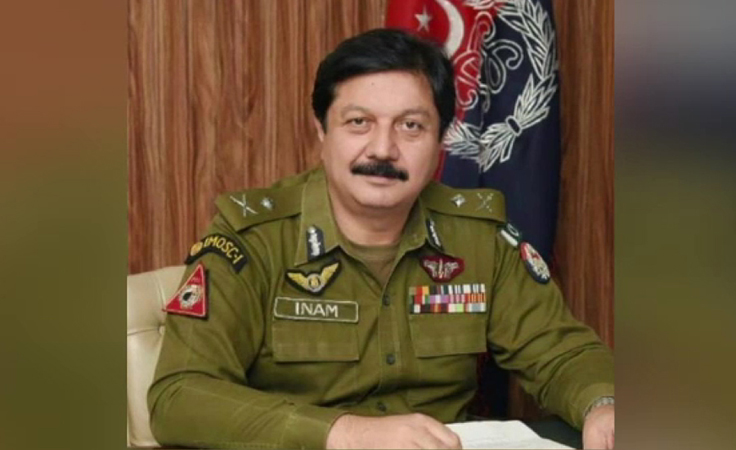 Inspector General of Police Punjab Inam Ghani said that the cooperation of law enforcement agencies is essential to save the future of the young generation by ensuring the permanent elimination of drug dealers from the society by taking anti-social elements involved in this nefarious scam to their ultimate end.

He said that the Anti-Narcotics Force (ANF) is an effective force in curbing the supply of narcotics while the presence of the police force in carrying out the day to day activities of the society is instrumental in further improving the operations of the ANF. Therefore, Punjab Police and ANF should conduct joint operations in mutual coordination to eradicate the evil of drugs from the society so that the process of cleansing of big but small as well as small smugglers can be expedited.

He said that strict departmental and legal action should not be delayed against the police officers and personnel who were supporting the drug dealers while strict legal action should be taken against the factories which were abusing the drug quota. He further said that the investigation of small smugglers should be carried out meticulously and the big smugglers should be arrested and if the quantity of seized drugs exceeds one kg, the regional centers of ANF should be informed immediately so that the arrested drug dealers should be timely investigated and supply chain could be traced.

He said that Punjab Police should seek the help of ANF to further improve the rate of convictions in drug cases and to increase the rate of training and punishment of the police and for this purpose, joint workshops should be organized with ANF. He has issued these instructions in a letter addressed to all RPOs, CPOs and DPOs of the province including CCPO Lahore.

The letter urges officers to co-operate with police and ANF officers in coordination and close coordination to expedite joint intelligence-based operations against supply chain networks by identifying target areas. IG Punjab said that for effective use of 10% air time allotted by PEMRA for public awareness, police and ANF should jointly give their message in TV commercials and effective awareness to create awareness among the people about the irreparable harm of drugs. The campaign should also be run. He further said that crackdown should be intensified with close coordination to eradicate gangs involved in drug trafficking, especially ice business, around educational institutions, while tightening the noose around professional hotspots and professional criminals involved in buying and selling of drugs.