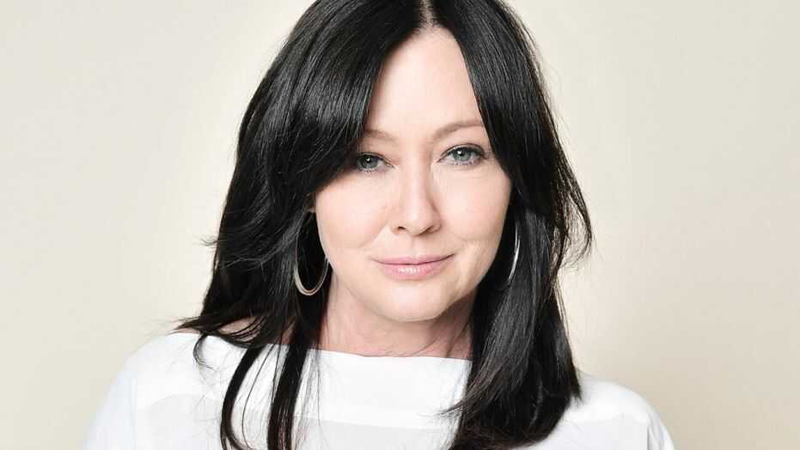 Shannen Doherty will never forget that call. The Beverly Hills, 90210 alum had just undergone a PET scan after experiencing back pain. Her photographer husband Kurt Iswarienko was away on a photoshoot. So, she was alone when her doctor Lawrence Piro revealed her breast cancer had returned. As detailed in the October issue of Elle, Doherty began pacing and crying. She started researching experimental breast cancer trials in Europe and reflecting on her life. “I was like, ‘Okay, do I have good karma? Do I have bad karma? Why would I have bad karma?'” the 49-year-old actress told the magazine during a June interview for the issue, later deciding on the good. “I started taking stock of my life and the things I’d done, and the things I hadn’t done. How I was with people.” A few weeks later, in February 2019, Doherty and her husband invited their closest friends to a dinner party at a house they had rented in Venice, Calif. They also invited her oncologist, who explained that Doherty’s cancer was back and had reached stage four.