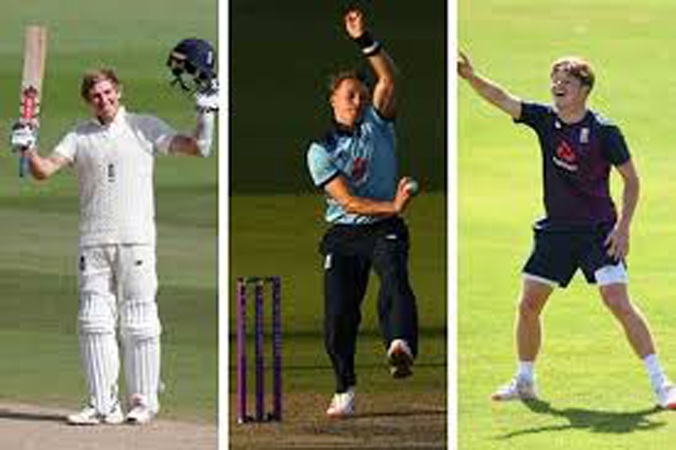 LONDON: England batsmen Zak Crawley, Ollie Pope and Dom Sibley have all been awarded central contracts for the 2020-21 Test season, the England and Wales Cricket Board (ECB) said in a statement here on Wednesday. The trio were among 12 players handed Test contracts, which ensures that they will have their salaries paid in full by the ECB, and are first time recipients after all three scored their maiden centuries in the longest format in the last 12 months. “In light of the impact of COVID-19 on the finances of the game, the Team England Player Partnership, on behalf of the players, and the ECB are currently finalising the levels of player remuneration for the next 12 months,” the ECB said.

“A further statement will be made once these discussions have concluded.” The ECB said that Test players will continue to be rewarded significantly higher pay compared to white ball players. Players in both formats are ranked based on performances on the pitch, as well as off-field contributions, fielding and fitness before their remuneration is decided, the ECB added. All-rounder Tom Curran’s increment contract was upgraded and he was among 12 players receiving white ball contracts while Joe Denly missed out on a white ball deal. Jonny Bairstow was left out of the Test central contract list. Dom Bess, Chris Jordan, Dawid Malan and Jack Leach were all given increment contracts, with Saqib Mahmood, Ollie Stone and Craig Overton retaining their pace bowling development deals.