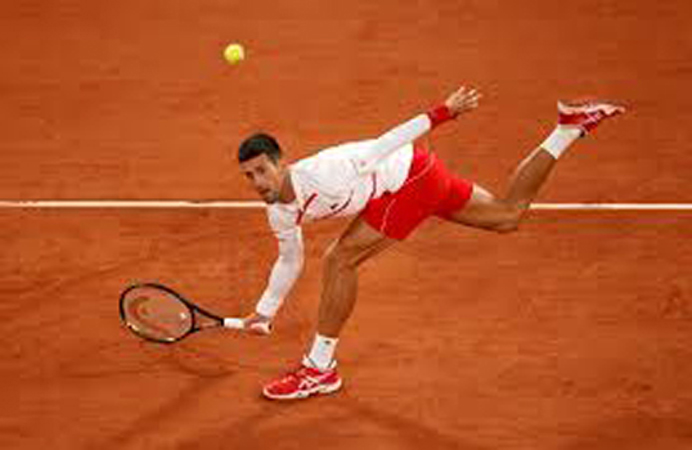 PARIS: Novak Djokovic got his quest for an 18th Grand Slam title back on track as he commenced his French Open campaign with a drama-free 6-0 6-2 6-3 victory over Mikael Ymer on Tuesday. Little over three weeks since Djokovic was defaulted in the U.S. Open fourth round for hitting a line judge with a ball, the Serb was as cool as a cucumber as he outclassed the young Swede. Only a smattering of fans were inside Philippe Chatrier Court as Djokovic won the opening set in 20 minutes. Djokovic did drop serve early in the second set when an attempted drop shot fell short but there was no angry response this time, just an ironic chuckle. The 33-year-old then led the applause for Ymer when he played a sensational between-the-legs winner Nick Kyrgios would have been proud of in the sixth game. But it was one-way traffic as Djokovic polished off the second set with his trademark clean hitting. The 80th-ranked Ymer, facing a world number one for the first time, stuck manfully to his task in the third set and Djokovic became a little sloppy as he handed back a service break with a double-fault after which he flexed his hand. Top seed Djokovic, bidding for a second French Open title, glared at someone in the crowd in the following game and re-focussed to reel off the last three games for victory.