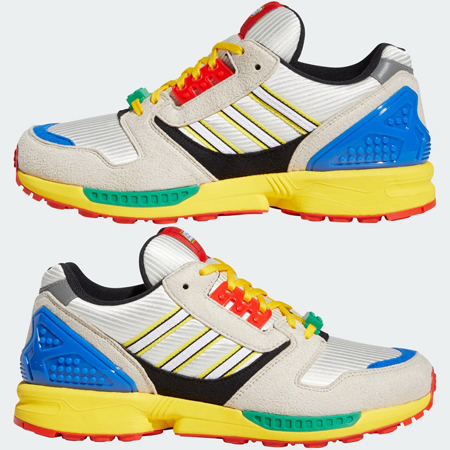 Sportswear giant Adidas has collaborated with Danish toy brand LEGO to unveil a colourful new sneakers that pays homage to the plastic building blocks that have entertained and inspired children across the world for decades. The limited edition sneakers first made waves on social media when LEGO and Adidas released a teaser of their recent collaboration earlier this month. Complete with LEGO-inspired colours and sections made out of a rubbery-plastic material that bear a striking resemblance to the iconic building blocks, the shoes are a must-have for all the LEGO fans out there who have a whopping $130 to spare. The shoe’s bright red sole adorned with rubber studs that closely resemble LEGO bricks, prompted one social media user to jokingly remark, “Now you can safely step on LEGO.