* ‘The lows of being famous were devastatingly hard,’ the 46-year-old said 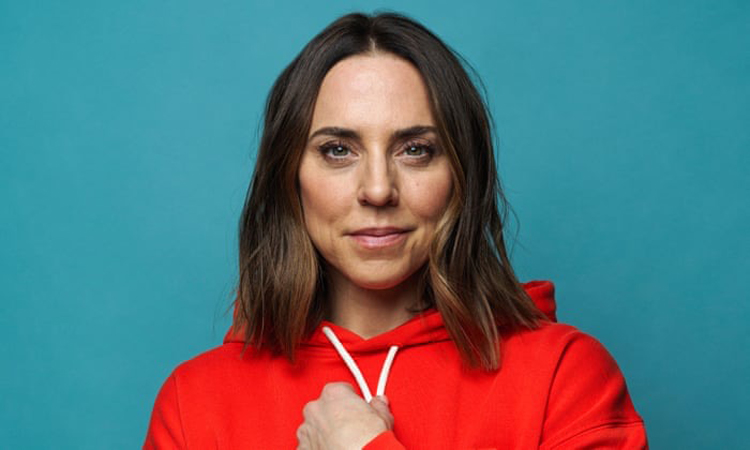 Sporty Spice is getting candid about “the lows of being famous.” In a heartbreaking essay penned in The Guardian on Saturday, Sept. 26, Melanie C revealed the challenges she has faced in the spotlight since the 1990s, including depression, an eating disorder and pressure from tabloids.

“The lows of being famous were devastatingly hard,” the 46-year-old said. “I was vulnerable, and the tabloids were cruel and heartless. It pushed me to the point of illness. I was struggling with an eating disorder and suffering from depression. I had everything I’d ever dreamed of, and was desperately unhappy. It’s often forgotten that people in the public eye are human.”

She added, “At that stage in your life you’re not equipped to deal with the pressure.”

Mel C said she avoided getting help for a long time, and then offered her advice to others facing similar experiences.

“You need to get to the point where you’re ready for help – that’s the hardest bit of starting to get better,” Mel C said. “People around me knew things weren’t right, but I was ashamed and could see no way out, so avoided them. When the time came, it was down to the professionals. Remember this: you deserve a better life. I continue to say it to myself and to others.”

The singer further spoke out about the need for a reckoning against sexual misconduct in the music industry, similar to #MeToo in Hollywood.

Mel C explained, “The music industry is behind when it comes to #MeToo, and I’ve spent a lot of time thinking back over my own experiences. But we had power in numbers. Nobody would dare with one of us, because you’d have had to deal with all five.”

As for her current struggles in lockdown, Mel C said it’s been extra challenging as a mother to Scarlet Starr, whom she shares with ex Thomas Starr.

“I think I cried today,” she admitted. “I’m doing that a lot at the moment. My life right now is constantly overwhelming. Being a mother, having a career, grappling with lockdown. I make music so I can go out and perform, and not knowing how or when I might do that again makes me terrified about the future.” Although performing for a crowd may still be unsafe, Melanie C is preparing to release her eponymous album on Oct. 2.

The mom confessed in February, “Scarlet has made me braver. She has made me stand up for myself more,” she said, adding, “Leaving her dad was hard but I wasn’t happy and she wasn’t happy, and it wasn’t the environment I wanted my child to grow up in.”

Also in the new essay, Mel C claimed that most of the feuds between the Spice Girls are in the past, now that they’re embracing motherhood. “The Spice Girls were a fiery combination. Some personalities – Mel B, Geri – were bigger than others, but as we’ve grown older and become mothers we’ve become more respectful,” she revealed.

Sporty Spice dished on a recent reunion at Ginger Spice house, saying, “No business, just catching up. Conversation turned to what incredible lives we all have. We know that without each other we might never have lived them.”

The Spice Girls miraculously came together for a reunion tour in 2019 before the pandemic and shared plenty of memorable moments that gave new meaning to “Viva Forever.”