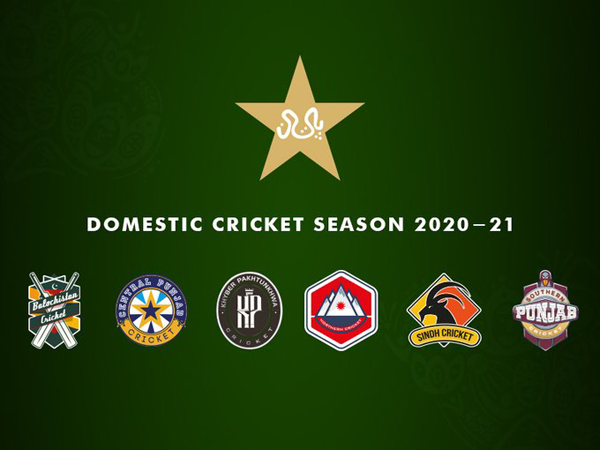 LAHORE: Khyber Pakhtunkhwa and Southern Punjab are two formidable sides with the potential to win the National T20 Cup First XI tournament, which begins on Wednesday at the Multan Cricket Stadium, with quality players at their disposal. The two teams will be looking to better their performances from the last season’s edition, in which their journey was cut short to the semi-final stage. Khyber Pakhtunkhwa’s campaign in this season begins from the tournament opener as they take on defending champions Northern. They were beaten by Northern by three runs in the first semi-final of the last National T20 Cup and will be eager to avenge that defeat. Southern Punjab play their opening match later in the day against Central Punjab. As the tournament will be played on double-league basis, the two teams will meet on 3 October at Multan Cricket Stadium and on 12 October at Pindi Cricket Stadium, Rawalpindi, which will be broadcasted live on PTV Sports along with other 31 matches of the much-awaited tournament.

Khyber Pakhtunkhwa: Mohammad Rizwan-led Khyber Pakhtunkhwa will enter the tournament as arguably the most experienced side with the likes of Shoaib Malik, Mohammad Hafeez and Wahab Riaz at their disposal. The trio have played T20 leagues and tournaments around the world and remain richly experienced in the format with a staggering 932 T20 appearances between them. Left-armer Junaid Khan is another experienced performer in the side. Khyber Pakhtunkhwa would be relying on Fakhar Zaman to provide them flying starts along with Sahibzada Farhan. Shoaib, Iftikhar Ahmed and Rizwan himself will lend support to the middle-order. Rizwan who was named Pakistan’s man-of-the-series in the Test series in England also had an impressive run in last year’s National T20 Cup scoring 215 runs in six innings at 43 runs per innings to occupy the fifth spot in the most runs table.

Khyber Pakhtunkhwa also have the young U19 wicketkeeper-batsman Mohammad Haris who played some impressive knocks in this year’s ICC U19 Cricket World Cup. Haris has already been marked as a player with a bright future and this tournament is set to provide him the kind of exposure that can help him further develop his skills. Khyber Pakhtunkhwa also have a formidable bowling attack at their disposal, led by Wahab and Junaid. The hugely impressive Shaheen Shah Afridi, who delivered a stunning six-wicket spell for Hampshire in the Vitality Blast T20 Cup, will be the star in the line-up. The left-arm pace bowlers quartet also includes Usman Shinwari, who took 10 wickets for Khyber Pakhtunkhwa in last year’s edition of the tournament including a five-wicket haul. Lending support to the impressive pace attack would be leg-spinner Mohammad Mohsin and left-arm spinner Zohaib Khan. The two are also handy batsmen with the ability of playing the big shots in the lower-order. Pacer Arshad Iqbal, who represented Karachi Kings at the HBL Pakistan Super League 2020, is another youngster in the ranks who would be aiming to learn from the experienced pace attack around him in a highly competitive environment.

Southern Punjab: Shan Masood-led Southern Punjab is full of youngsters and players with great potential. Shan, who would be leading the Multan Sultans in November’s HBL PSL 2020 play-offs, will be shouldering the responsibility of providing his side a brisk start along with the hard-hitting wicketkeeper-batsman Zeeshan Ashraf, who was arguably the biggest story of last year’s domestic season. The 28-year-old was the top-scorer in last year’s National T20 Cup for Second XIs where his big hitting abilities were noticed by the First XI team management. Zeeshan graduated to first-class cricket where his impressive showing earned him a place in the Multan Sultans’ HBL PSL 2020 squad as a wild card Diamond Category pick. Southern Punjab have a formidable middle-order with Hussain Talat, Khushdil Shah and Sohaib Maqsood available as a trio that can play the big shots. Sohaib and Khushdil especially are renowned for their six-hitting ability. Khushdil, who is also representing Sultans in the HBL PSL 2020, smashed a scintillating 70 not out (29 balls, six 6s, five 4s) against Lahore Qalandars in the second last group match of the season. Southern Punjab have firepower in the lower-order in Aamir Yamin and Bilawal Bhatti, who are both likely to take the new ball with the seasoned left-armer Rahat Ali another potent bowling option.

Mohammad Abbas is likely to get another chance to showcase his bowling skills in the T20 format, while the bowling squad is provided further depth with the presence of the veteran left-arm pacer Mohammad Irfan and the upcoming right-arm pacer Mohammad Ilyas. Southern Punjab, who narrowly lost on a final’s berth in last year’s National T20 Cup in a thrilling semi-final defeat to Balochistan, have in their ranks two impressive spinners in left-armer Umer Khan and the right-arm leg-spinner Zahid Mehmood. Zahid collected nine wickets in five games last year and Southern Punjab would be once again relying on his wicket taking abilities in the middle overs of the 20-over contests.