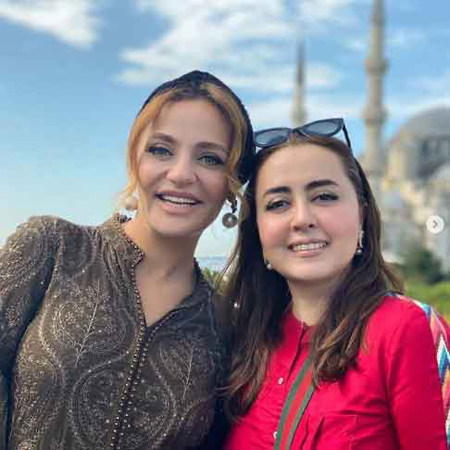 Pakistani designer Maria B has turned out to be a fan of popular Turkish TV series “Dirilis: Ertugrul”. Story is that Maria is in Turkey for the shooting of her winter Linen Campaign in Turkey.

She surprised her followers on social media when she shared a picture and a video of her meeting with a famous actress from the historical TV series.

Her fans took some time before they recognized the Turkish actress Didem Balcin.

Balcin played the role of Selcan Hatun in the season one and two of the series.

She essayed the role of Ertugrul’s sister-in-law in the show which is also being aired by Pakistan Television on the directives of Prime Minister Imran Khan.