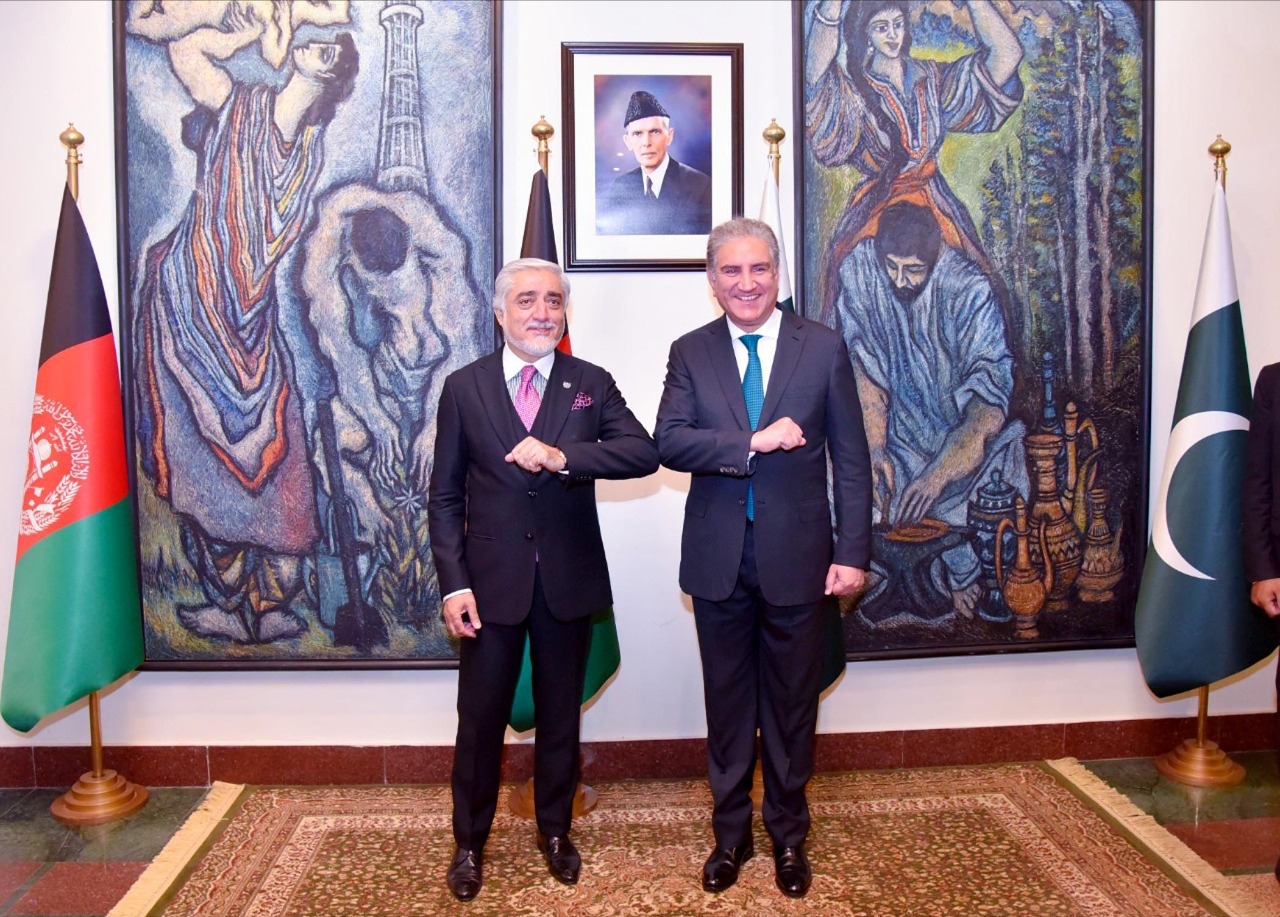 Reaffirming Pakistan’s steadfast support to the peace process, Foreign Minister Qureshi emphasized that Pakistan had always maintained there is no military solution to the Afghan conflict and encouraged all parties to reach a political solution through an Afghan-led and Afghan-owned process.

Welcoming the inaugural ceremony of Intra-Afghan Negotiations, held in Doha on 12 September, the Foreign Minister noted that it was now up to the Afghan leadership to seize this historic opportunity to bring an end to the decades long conflict and secure an inclusive, broad-based and comprehensive political settlement.

The Foreign Minister underscored Pakistan’s support for a peaceful, stable, united, sovereign and prosperous Afghanistan. He stressed that mistakes of the past should not be repeated; nor past history should dictate the future course of action. Foreign Minister Qureshi further underlined that there was a need to guard against the detrimental role of ‘spoilers’, both within and outside Afghanistan, who do not wish to see return of peace in the region.

Foreign Minister Qureshi underlined the high importance Pakistan attached to its brotherly relations with Afghanistan. He stated that recently, at the request of the Afghanistan government, Pakistan opened five border crossing-points for facilitating transit trade, bilateral trade and pedestrian movement. The Foreign Minister also highlighted the USD 1 billion development and capacity-building assistance that Pakistan has extended to support reconstruction and economic development in Afghanistan.

The Foreign Minister stressed that return of Afghan refugees to their homeland with dignity and honour should be part of the peace and reconciliation process.

Highlighting that terrorism was a common threat, Foreign Minister emphasized the need for close cooperation through bilateral institutional mechanisms including relevant working groups of APAPPS for effective border management.

Dr. Abdullah Abdullah is on his first visit to Pakistan as Chairman, High Council for National Reconciliation of Afghanistan.