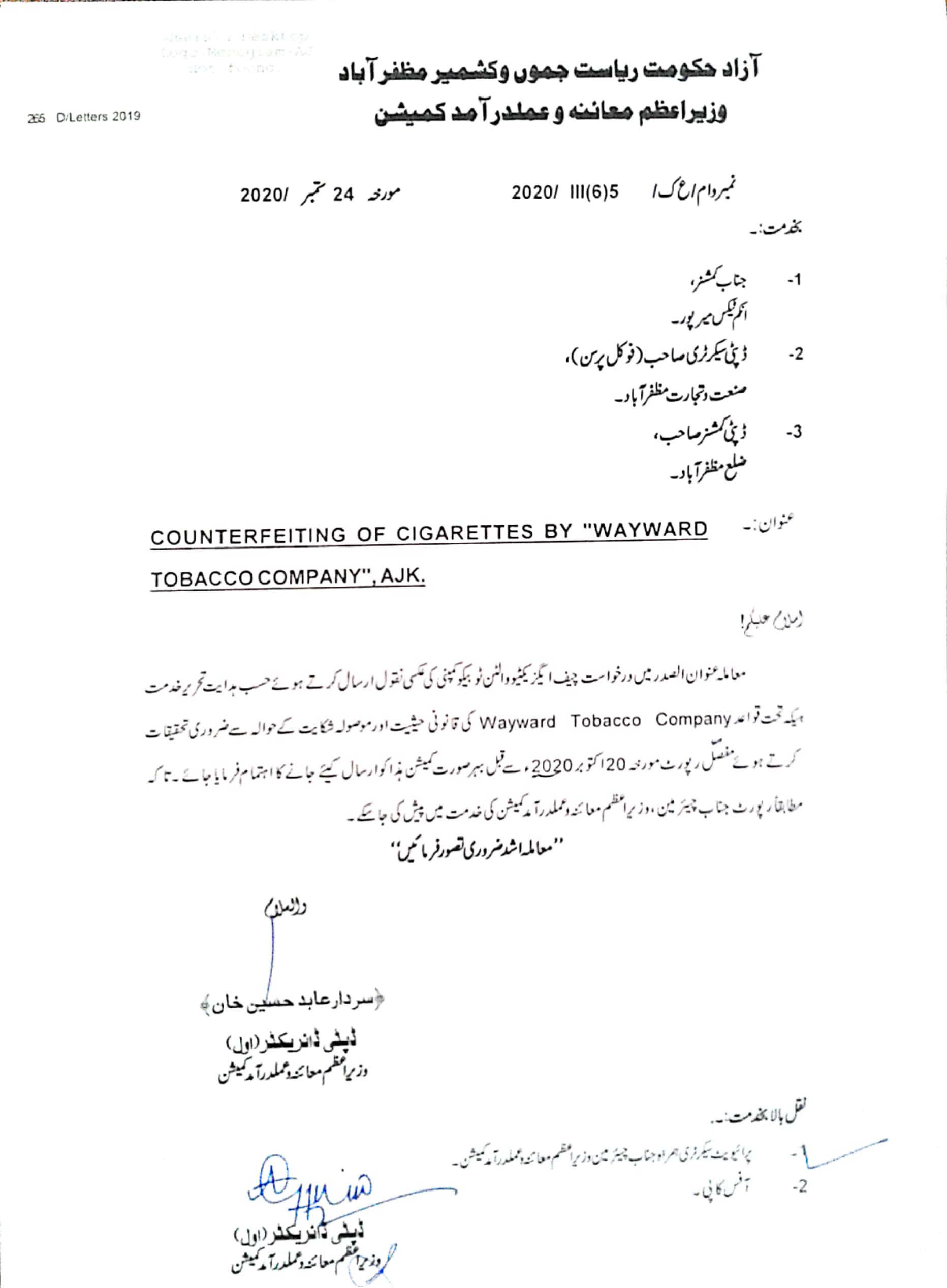 In a statement issued here on Monday, it has been stated that commissioner Income Tax Mirpur, Deputy Secretary Industry and Trade including Deputy Commissioner Muzaffarabad are directed to submit an investigaton report before 20th October.

The letter written to the concerned authorities asked about the legal status of Warward Tobbaco Company considering it as an important issue for masses.

It was further stated in the letter that the issue is very sensitive as it is concerned with the health of common citizens.

While another protest was observed against negligence of district administration and Police for not taking any action against counterfeit Tobacco company.