Pakistan demanded on Sunday Armenia stop its military action against Azerbaijan to avoid further escalation in the Nagorno-Karabakh region. 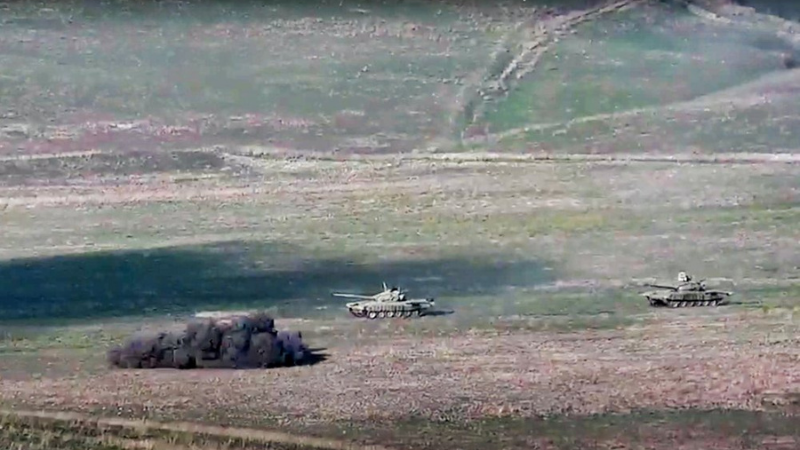 Pakistan is deeply concerned on the deteriorating security situation in Nagorno-Karabakh, its Foreign Office said in a statement.

“The intensive shelling by Armenian forces over the weekend on civilian populations of Azerbaijani villages of Terter, Aghdam, Fizuli and Jabrayil region is reprehensible and most unfortunate,” it said.

US President Donald Trump said Sunday that the US is looking into what can be done to stop the violence between Armenia and Azerbaijan.  Trump told reporters at a White House press conference that the US has “a lot of good relationships in that area. We will see if we can stop it.”

Kazakhstan’s international organizations are also ready to help in seeking peaceful ways to end the conflict.

Earlier in July, at least four Azerbaijani soldiers were martyred and three others injured when Armenian forces violated a cease-fire, and targeted positions held by Azerbaijani army.

Upper Karabakh, or Nagorno-Karabakh, an internationally recognized territory of Azerbaijan, is under Armenia’s illegal occupation since 1991.

Several countries, including Turkey have condemned and expressed concern over the attack.