No chance of India-Pakistan bilateral series with Modi in power, says Afridi 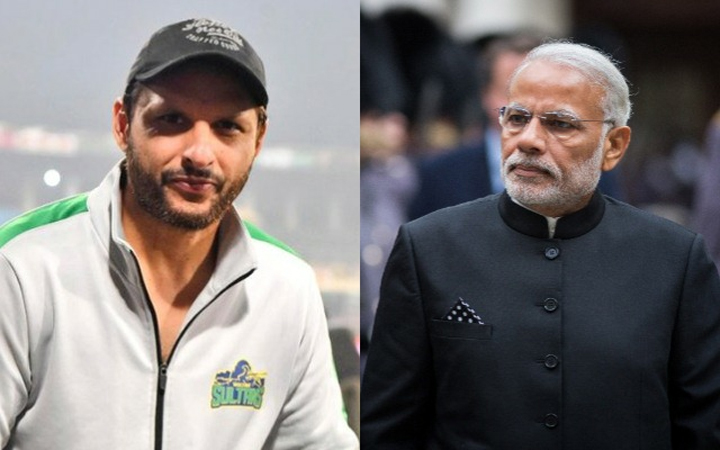 KARACHI: Former Pakistan skipper Shahid Afridi, who is known to give reckless statements, has come up with another one, this time on India-Pakistan relations. The all-rounder said that bilateral series between India and Pakistan won’t be possible until Narendra Modi government is in power. “The government of Pakistan is always ready but with the present regime [in India] there are no such chances of [resuming] cricket relations, of [Pakistan-India] series. With Modi in power, I don’t see it’s going to happen,” Afridi was quoted as saying by Arab News. He further said that Pakistani players are missing out big time by not being able to participate in the IPL. “I know that IPL is a very big brand in the world of cricket and it is an excellent opportunity for, whether it’s Babar Azam or many other Pakistani players to go there [to India] and play under pressure and share dressing rooms. So in my opinion Pakistani players are missing a big opportunity,” Afridi added. “No doubt, the way I have enjoyed cricket in India; I have always appreciated the love and respect that I have gotten from the people of India. And now when I speak on social media, I get many messages from India and I reply to many people. I believe that my overall experience of India has been excellent,” Afridi said on the love he got in India. The IPL got underway on September 19 after a massive delay caused due to the coronavirus outbreak.