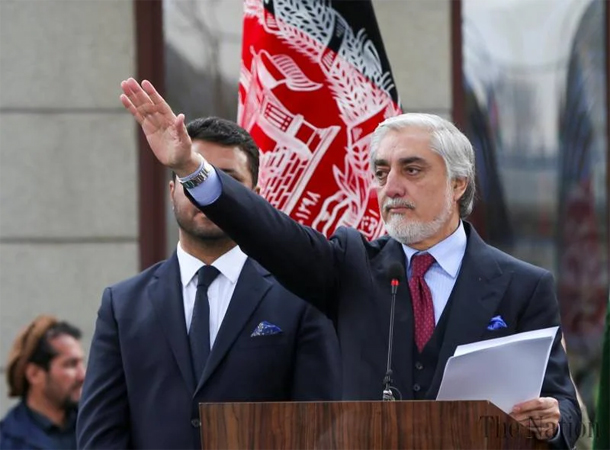 Chairman of the High Council for National Reconciliation in Afghanistan Dr Abdullah Abdullah is scheduled to arrive in Islamabad on Monday on a three-day visit for talks on bilateral matters that will mainly focus on the peace process, Pakistani and Afghan officials said on Sunday.

Prime Minister Imran Khan had extended an invitation to Abdullah in his telephonic conversation on August 26.

The Foreign Office said the Afghan leader will be accompanied by a high-level delegation including prominent members of the High Council for National Reconciliation.

“The visit will provide an opportunity for wide-ranging exchange of views on the Afghan peace process and strengthening of Pakistan-Afghanistan bilateral relations and people-to-people interaction,” the statement said.

Pakistan attaches high importance to its fraternal ties with Afghanistan, rooted deep in shared history, faith, culture, values and traditions. Pakistan fully supports all efforts for peace, stability and prosperity of the Afghan people. The visit of Dr Abdullah Abdullah will contribute to further strengthening amity, brotherhood and close cooperation between the two countries.

Maulvi Attaur Rahman Saleem, a deputy to Abdullah, who is part of the delegation, told Daily Times from Kabul that the Afghan and Pakistani leaders will exchange views on ways to promote peace and security in Afghanistan and the whole region. “I am confident that the visit will further strengthen relations between the two brotherly countries,” Saleem said.

Afghan sources say Abdullah will also meet with leaders of the religious parties and some influential clerics to seek their support for the peace process, which is facing problems due to differences over certain issues.

It is widely believed in Afghanistan that some Pakistani religious parties have influence on the Afghan Taliban and they could help in pushing the peace process forward. Timing of Abdullah’s visit is important as the intra-Afghan negotiations are underway in Qatar to decide a future political roadmap. The Taliban and the Afghan negotiation team have not yet succeeded to reach agreement on the rules for the negotiations.

Meanwhile, senior Taliban negotiator Mullah Khairullah Khairkhwa has said Kabul administration’s negotiation team has told the Taliban not to refer to the US-Taliban agreement in intra-Afghan talks but “we have made it clear to them that the dialogue can’t move forward without it” as the talk with the Kabul side is taking place in accordance with the Doha agreement.

Khairkhwa explained reasons for the first time of the current deadlock in the negotiations in an interview with nunn.asia, a website which extensively reports about the Taliban’s activities. “We told the Kabul team that there had been no meeting between the two sides in 20 years and the talks with you are on the basis of that agreement as it mentions that we will hold talks with all sides,” he said.