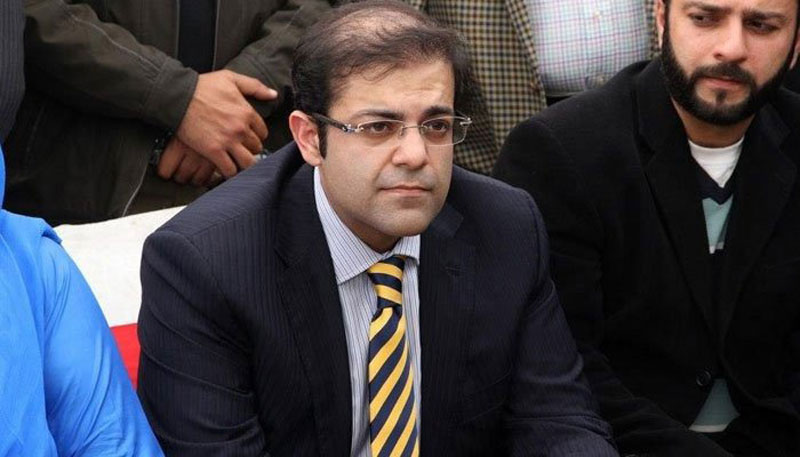 The Federal Investigation Agency (FIA) on Sunday issued summons to Suleman Shehbaz in the money laundering case for October 1.

This is the second time the anti-graft watchdog has summoned the PML-N president’s son in the case. He was first summoned on September 25 but failed to appear in court. The FIA sent a notice to Suleman questioning the source of the Rs10.5 billion that was transferred into his account.

The agency warned the PML-N president’s son that if he did not appear in court, legal action would be taken.

However, the security official at Shehbaz Sharif’s residence refused to accept the notice, citing that Salman Shehbaz is not present in Pakistan.

Earlier, on September 23, the FIA filed a fresh reference in an accountability court in Lahore accusing the PML-N president and his family of money laundering involving a sum of over Rs7 billion.

Addressing a news conference, Adviser to the PM on Accountability and Interior Shahzad Akbar said the Financial Monitoring Unit had detected 177 suspicious transactions involving the family of opposition leader in the National Assembly.

The adviser maintained that Shehbaz and his sons Hamza and Suleman were involved in money laundering and fake accounts.

Speaking to a private TV channel, Suleman said he did not get any notice from the team but offered to be interviewed in London if they travel to the British capital.

“I did not get any notice from the team,” the PML-N president’s son said. “I have not decided whether I will appear in person or respond through a lawyer,” he added.

Addressing the recent food commodity crises in Pakistan, the PML-N leader said: “The real culprits of the sugar scandal are in the government. The FIA should first issue notices to Prime Minister Imran Khan and [Punjab] Chief Minister Usman Bazdar. “The FIA should summon others in the Cabinet; summon the real culprits first and then we may be called,” he added.