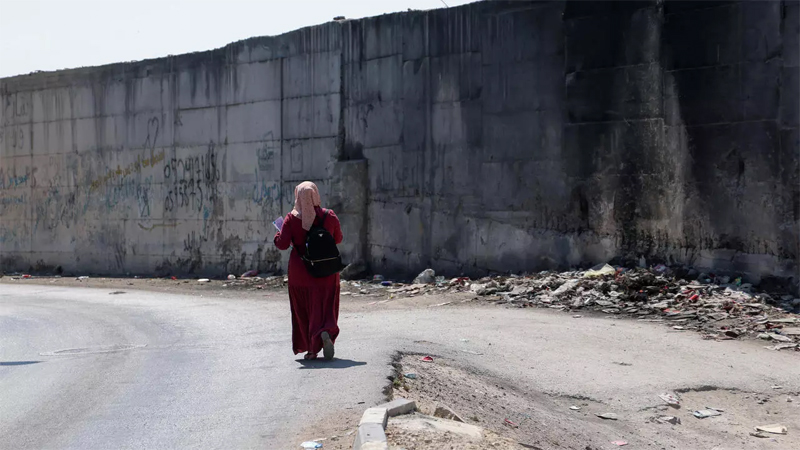 Two decades on from the second intifada, Palestinians who grew up in the shadow of the uprising find themselves surrounded by physical and political barriers with little hope for the future. In Jenin refugee camp, in the north of the occupied West Bank, the walls are plastered with posters showing young Palestinian men wearing keffiyeh scarfs around their necks and clutching AK-47 assault rifles. Whether killed by Israeli forces or jailed, their images have faded over the years. “When I walk through the camp, I try to reconcile my memory with what I see today,” said Nidal Naghnaghyeh Turkeman, 48, who spent 17 years in prison for his role in the uprising. Nidal fought in the ranks of the main Palestinian faction Fatah in the first intifada (1987 to 1993) which preceded a brief optimistic period when the Oslo peace accords brought hope of a lasting solution to the Israeli-Palestinian conflict. But by the turn of the century disillusionment had set in and the second intifada broke out after right-wing Israeli opposition leader Ariel Sharon visited the Al-Aqsa mosque compound in annexed east Jerusalem on September 28, 2000. The move was seen as a provocation by Palestinians and violent clashes between them and Israeli forces followed.