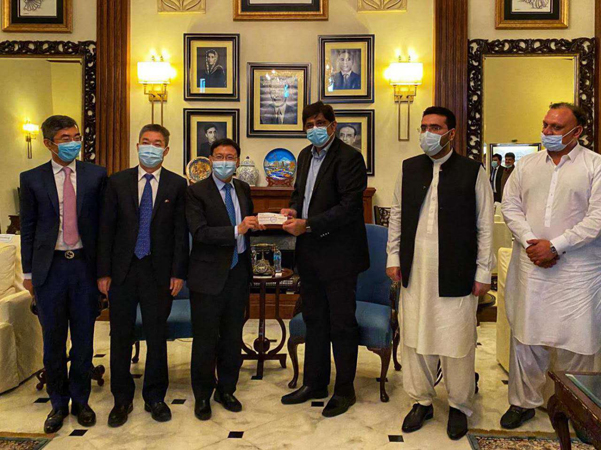 A delegation of Chinese enterprises led by Consul General Li Bijian called on Sindh Chief Minister Syed Murad Ali Shah at CM House and donated Rs. 25 million for relief of rain-affected people of the province. According to Gwadar Pro, the delegation expressed profound grief on the losses of life and property and assured the chief minister that the Chinese government would also help the affected growers. The chief minister thanked the Chinese government for their support, recalling the Chinese aid and support in curbing the locust swarms and relief supplies during the 2010 and 2011 floods.