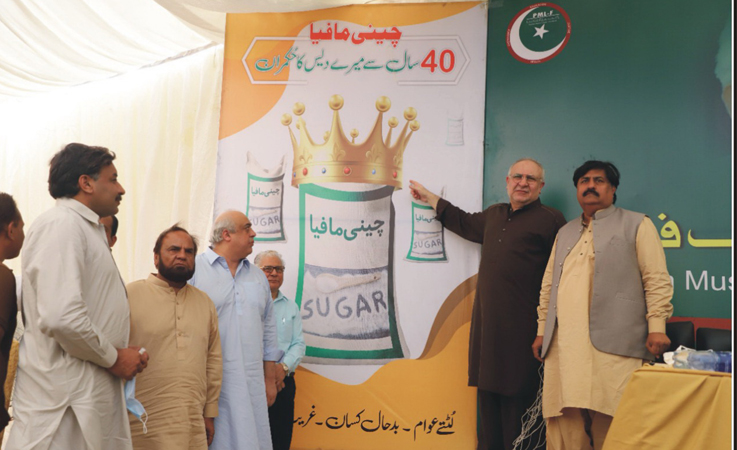 Addressing a press conference here at party’s provincial secretariat, Durrani said not a single penny could be recovered from the mafia during the so called nine-month long action by the government. He said instead of taking meaningful action against the sugar barons, the PTI government is making people afraid of them by telling them that the consequences of bringing them to justice would be bad. PML-F Central General Secretary accused the government of benefitting the sugar mill owners in the name of subsidy Instead of providing relief to the masses.

Durrani said what to speak of providing relief to masses, the price of sugar has skyrocketed from Rs. 45 to Rs. 95. He further said in order to put an end to the monopoly of sugar barons in country’s politics, his party is going to announce a seven-point action plan, which, he hoped, would not only eliminate the sugar mafia but also other mafias.

Party’s Provincial General Secretary Mian Mustafa Rasheed said the party had waged a jihad against the sugar barons under the leadership of Central President Pir Pagara sab. He said that PML-F leadership would visit sugarcane growing areas and would meet farmers, lawyers and people belonging to all walks of life to devise a line of action against the sugar mills owners.

Party’s provincial president Makhdoom Ashraf Iqbal, towards the end, thanked the media men for attending the conference, and hoped that they would work shoulder to shoulder with PML-F for the resolution of issues confronting the people.