44 animals from Islamabad zoo shifted to Ayub Park in Rawalpindi 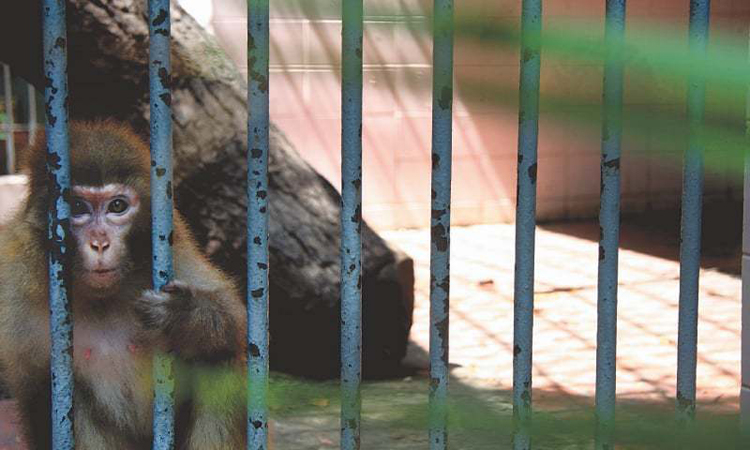 A total of 44 animals from the Marghazar Zoo in Islamabad have been shifted to Jungle World in the Ayub National Park in Rawalpindi.

The Army Heritage Foundation has given the responsibility to look after these animals. The new additions include zebras, monkeys, rabbits, lions and buffaloes.

Following the transfer, the park was crowded with children who were jumping with excitement at the sight of the new animals. Some of them were even seen clicking pictures and filming videos of the animals.

The children said that earlier they had to drive all the way to the capital to visit the zoo. Now, however, they can easily visit the park and enjoy seeing them.

According to the management, more animals are expected to be transferred to the park. Islamabad’s zoo, on the hand, is full of empty cages.

The director of the foundation in charge of the well-being of the animals, Brigadier (retd) Muhammad Asif Akhtar, said that all the arrangements were completed. Veterinarians have also been hired for regular check-ups of the animals.

He added that more trees were being planted and the number of ponds in the park have also been increased.

The relocation of animals from the capital’s zoo came after the Islamabad High Court issued orders to close the zoo over the incompetency of the facility’s management to take care of the animals there.

Earlier this year, a pair of lions died while being transferred from the Islamabad zoo to the Mohiuddin Private Breeding Farm in Lahore.

A video surfaced of the caretakers setting a fire inside the enclosure of the animals and yelling to make them move in an attempt to knock the big cats unconscious rather than using a tranquilizer.

A case was registered against the caretakers under Section 5 of the Animal Act 1990. The law punishes people for killing any animal in an unnecessarily cruel manner. Those convicted under the law must pay a fine of Rs200 and can be imprisoned for up to six months. After the incident, the World Wide Fund for Nature decided to cut ties with the Islamabad wildlife board for the time being.