Nawaz Sharif has no link with democracy: Fawad 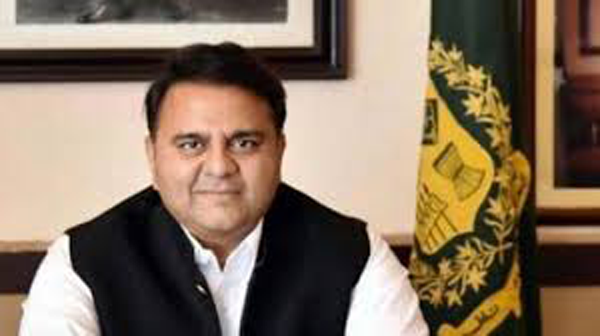 headlineFederal Minister for Science and Technology Chaudhry Fawad Hussain Friday said that Pakistan Muslin League-Nawaz (PML-N) supremo Nawaz Sharif has no link with democracy, and he can only strike deals.

Addressing the media here at Pakistan Council of Scientific and Industrial Research (PCSIR), he said that Pakistan was among the countries which had a clear bright future, adding that soon all medical equipment would be manufactured locally.

The Ministry of Science and Technology has signed a memorandum of understanding (MoU) with the Faisalabad Industrial Estate Development and Management Company (FIEDMC), under which the ministry was going to establish a medical industrial unit which would be established at Allama Iqbal Industrial City in Faisalabad over around 200 acres of land, he said. In this medial industrial unit, various production plants of medical equipment would be established, and investors were also in contact with the ministry for the purpose.

The minister said that when the first case of COVID-19 was diagnosed, no single piece of COVID-related product like safety helmets, personal protective equipment (PPEs), plastic glass of safety helmet, masks and sanitizers were prepared in Pakistan. But now, he added, Pakistan was in a position to export these items to other courtiers. He said that Faisalabad and Sialkot had great potential to bring industrial revolution in the country and his ministry was making efforts to strengthen the business community of these areas. He said that the ministry was going to set up a technical centre on 500 acres of land in Sambrial area of Sialkot.

For COVID-19 vaccine, which was likely to be prepared in the next year, he said that for vaccination, millions of needles were needed and for that the ministry was going to establish two plants of needles production. He added that needles production plant would be standardised by the ministry and no needles would be reused. He said that that 1,100 ventilators were being produced monthly in the country. He said that Pakistan was also working on local manufacturing of X-ray and dialysis machines.

To a query, he said that the Pakistan Muslim League-N workers were really disappointed by the speech of Nawaz Sharif. “In my opinion, the PML-N workers should register a case against Nawaz Sharif over such a controversial speech against the institutions of the country,” the minister suggested. He said that Pakistan Army was the most respectable institution of Pakistan, adding that Nawaz Sharif’s behavior was similar to that of the MQM leader Altaf Hussan. He said that think tanks of the PML-N were reaching the conclusion that a change of leadership had become inevitable.