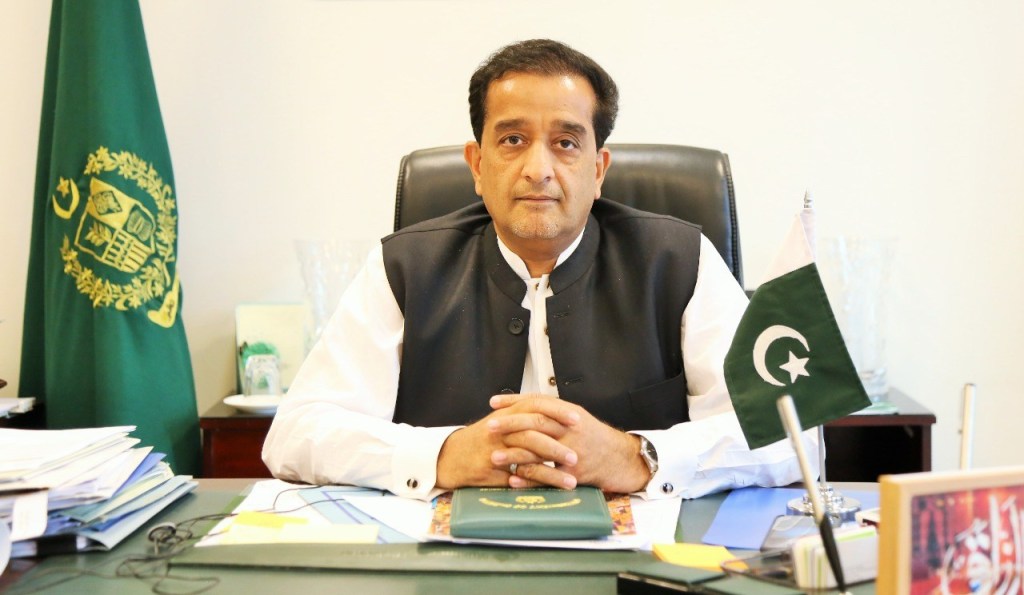 Special Assistant to Prime Minister (SAPM) on Climate Change Malik Amin Aslam Saturday said the government under the dynamic leadership of Prime Minister Imran Khan was taking revolutionary steps for development of agriculture sector and prosperity of the farmers.

Addressing a seminar here at Jinnah Hall arranged by Fatima Fertilizer Company, he said its ample proof was that bank loan worth Rs 900 billion and fifty percent subsidy would be given on seed and fertilizers to the farmers.

Malik Amin Aslam said that farmers were the backbone of the country and the government was making all out efforts for their prosperity.

He emphasized upon the farmers to use modern agricultural techniques beside conventional methods to get maximum yield and compete with the ever changing world. Malik Amin said, to achieve goals in agriculture sector, federal and provincial governments must be on the same page.

He said, there was a great scope in agriculture sector if the farmers use the new methods and modern agri appliances.

He said FAO (Food and Agri Organisation ) was launching a Climate Smart Agriculture Program in eight districts of the country which included five districts of South Punjab and three districts of upper Sindh.

The SAPM said climate change was badly hampering the yield of difference crops.

He said that support price of the wheat would be enhanced to give maximum benefit to the farmers.

Malik Amin assured the farmers that he would inform Prime Minister Imran Khan about the complicated system of bank loans, adding that the system would be improved. Earlier a Progressive Farmer, Ahsan Khan informed the SAPM regarding complicated procedure of the bank loans.

He also demanded that subsidy to farmers be given on diesel, seeds, fertilizers and electricity.