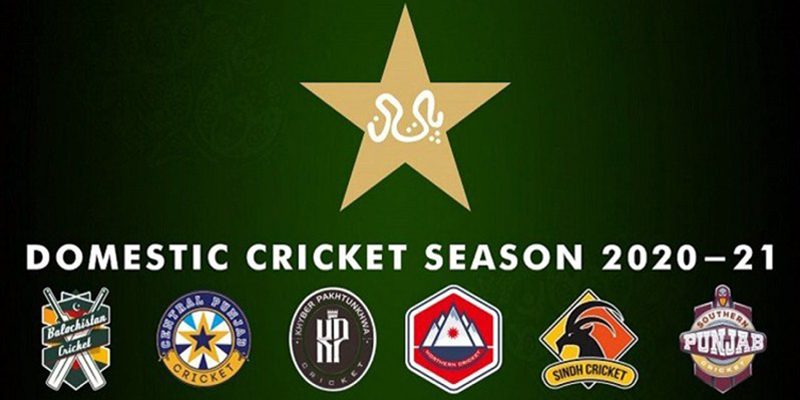 LAHORE: Last year’s champions Northern enter the National T20 Cup First XI Tournament with a star-studded squad, capable of defending their title. The team consists of some of the leading T20 performers in the country, including exciting young cricketers. Northern will be in action from the first game of the much-awaited tournament as they face Khyber Pakhtunkhwa on 30 September at Multan Cricket Stadium. The defending champions are likely to face stiff competition from last year’s finalist Balochistan, who will be eager to make the most of the opportunities that come their way this season and have their eyes set on the coveted trophy and a lucrative winning prize money of PKR5million. The two finalists of the last edition of the National T20 Cup will face-off on 6 October at the Multan Cricket Stadium and 15 October at the Pindi Cricket Stadium, Rawalpindi.

Northern: Led by Pakistan all-rounder Imad Wasim, Northern have a side full of all-round talent, skill and capability. Imad will join his team for the second-leg of the tournament – to be played at the Pindi Cricket Stadium from 9-18 October – as he is currently representing Nottinghamshire in the England T20 competition. In Imad’s absence Pakistan all-rounder Shadab Khan will lead Northern. Shadab has made a big impact with the bat recently scoring 263 runs at 37.57 for Islamabad United in the HBL Pakistan Super League 2020 at a hugely impressive strike rate of 159.39 to earn recognition as a ‘genuine all-rounder.’ Northern’s batting will be reliant on the dashing top-order batsman Haider Ali, who became the first Pakistan batsman to score a half-century on a T20I debut by smashing 54 off 33 balls earlier this month. Besides Haider, Northern have in their ranks the promising right-handed batsman Zeeshan Malik, richly experienced left-hander Umar Amin (second highest run-getter in National T20 Cup 2019, 266 runs at 38) Ali Imran, Hammad Azam, big-hitting Sohail Akhtar and Asif Ali, who will be playing the tournament after representing Jamaica Tallawahs in the Caribbean Premier League.

The batting will be complimented by the presence of Mohammad Nawaz and Sohail Tanvir who will lend further balance to the side with their all-round skills. Tanvir was the leading tournament wicket-taker last year as he collected 14 wickets in seven games. Pakistan U19 captain Rohail Nazir will be Northern’s wicketkeeper.

Balochistan: Balochistan went down by 52 runs in last year’s final against Northern at Faisalabad’s Iqbal Stadium. This time around, they will be determined to go a step ahead under Haris Sohail, who makes a return to competitive cricket after missing Pakistan’s tour of England. Balochistan have batting fire power in the shape of Awais Zia, Imam-ul-Haq, Haris, Imran Butt and the veteran Imran Farhat. Awais was the leading run scorer in last year’s edition as he accumulated 276 runs at 39.42 with the help of two half-centuries. Left-hander Imam-ul-Haq will be aiming to provide a flying start to the team along with Awais; Imam scored 191 runs in seven innings in last year’s edition at 27.28 and a strike-rate of 136.42 Haris and the two Imrans will be the middle-order batting spearheads backed by Akbar-ur-Rehman and wicketkeeper-batsman Bismillah Khan. Rising all-rounder Ammad Butt will be providing both big-hitting prowess in the lower-order along with his fast-medium bowling. Balochistan on paper have a potent bowling attack led by Umar Gul, a former Pakistan Test fast bowler who made a big reputation as a T2oI bowling exponent. The 36-year-old Umar, who collected 85 wickets in 60 T20Is, will be sharing his expertise and experience as the bowling spearhead. Balochistan also have in their ranks another experienced pace bowler in Umaid Asif, who took six wickets in as many games for Karachi Kings in this year’s HBL PSL. Upcoming pacer Khurram Shehzad will be providing back-up to the two senior pace bowlers. Left-armer Akif Javed who represented Islamabad United in this year’s HBL PSL would be aiming to build his growing reputation further as a fast bowler of immense potential. The presence of Yasir Shah, an established Test leg-spinner, further boosts Balochistan’s bowling stocks and he is joined by Usama Mir, an exciting young leg-spinner.