Prime Minister Imran Khan on Friday addressed the 75th session of the United Nations General Assembly and raised the Jammu and Kashmir issue in front of the international community. 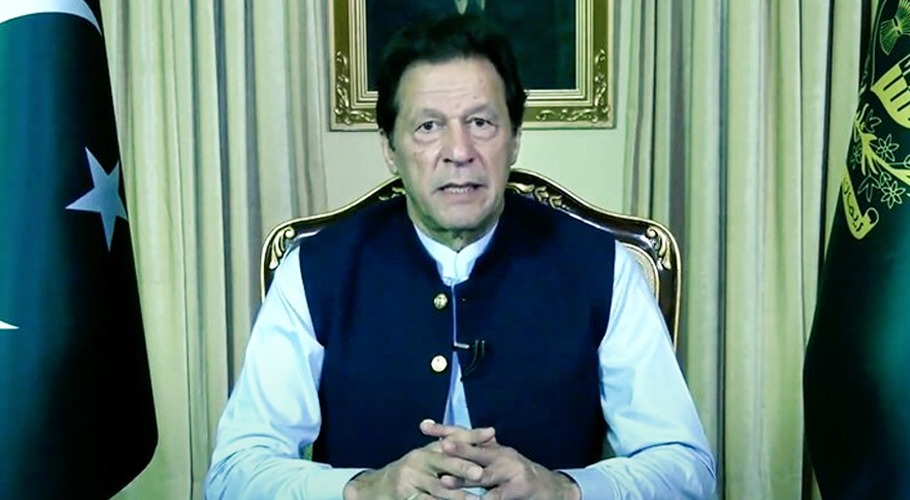 On this occasion, Prime Minister Imran Khan, while highlighting grave human rights violations in the Indian occupied territory, said that peace was not possible in South Asia unless the Kashmir dispute is resolved.

“Security Council has reviewed the Kashmir issue thrice in the past one year,” he said and urged the international community to probe the serious violations committed by the Indian authorities.

Pakistan PM has frequently criticised the decision by the government of Prime Minister Narendra Modi last August to strip Jammu and Kashmir of its statehood, scrap its separate constitution and remove inherited protections on land and jobs.

Speaking on the damage caused by illicit cash flow from developing countries to developed countries and off-shore tax havens, he said this “leads to the impoverishment of the developing nations” and causes currency depreciation.

The premier talked about the “lack of political resolve” in developed countries to control this issue and warned that if this issue is not addressed, it would spark a much larger crisis than the current migration crisis.

PM Imran also spoke on the imminent threat of climate change, citing the Australian fires and other environmental disasters that have taken place this year. He spoke on how Pakistan has committed to planting ten billion trees to counter climate change.