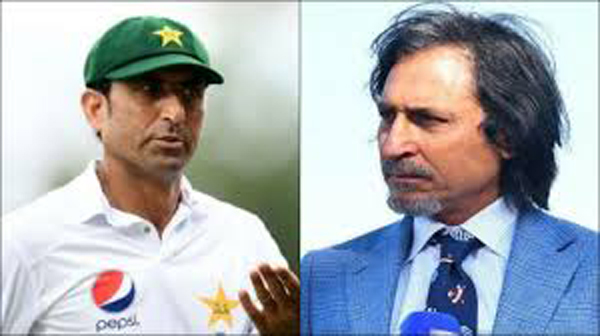 LAHORE: Former Pakistan stars have expressed their excitement ahead of the National T20 First XI tournament that begins at the Multan Cricket Stadium on Wednesday (September 30). Northern will be defending the title they won last year when they outplayed Balochistan in the final at the Iqbal Stadium, Faisalabad. The tournament is being played on a double-league basis for the first time which means all six teams will play each other twice before the top-four secure semi-final berths at the end of the league stage. The second-half of the tournament will be played at the Pindi Cricket Stadium, Rawalpindi, where the final will be held on Sunday (October 18). The tournament will see the cream of Pakistan T20 stars in action, former cricketers Abdur Rehman, Bazid Khan, Imran Nazir, Moin Khan, Ramiz Raja, Rashid Latif, Saeed Ajmal and Younis Khan have expressed their keen interest in the event especially with the prospects of richly entertaining cricket at the start of the domestic season. While Rehman, Imran and Bazid are backing Khyber Pakhtunkhwa, Rashid and Moin are looking forward to the quality of cricket that is expected in the latest edition of the coveted T20 event. Ramiz and Ajmal think Northern have the firepower to defend their title, whereas Younis terms Balochistan his favourite side in the tournament.

Ramiz, former Test captain and a renowned cricket voice, said: “Excitement is in the air, and we can almost feel it. The National T20 tournament is just round the corner, and it is going to get bigger and better this year. The spread is massive; we are going to see some special talent, lock horns and vie for the top spot. I expect the fans will also participate in it, pick their best teams and keep an eye on their favourite players. I feel the Northern side will again be a strong side, and it will be difficult to beat them because their captain Imad Wasim is good. They have Shadab Khan, as vice-captain who is progressing very well in the white ball cricket. Similarly, they have a stock in young talent, but I will have my eye on Haider Ali. He is becoming my favourite player because of his fearless batting, and I think he will emerge as a unique star in this tournament. Haris Rauf is in the side and he has bowled really fast recently. Farzan Raja hasn’t played much but seems to be a quality leg spinner. Pakistan is in need of spinners so one must keep an eye on him.”

Younis, the captain of the Pakistan team that won the ICC Men’s T20 World Cup 2009, said: “I am supporting Balochistan cricket team. This team consists of senior and young exciting players, and I hope under Yasir Shah and star player Bismillah Khan; the team will give very good performances. My best wishes are with the team in the tournament. “Overall there is lot to see in the tournament. There will be many competitions within the tournament, which features both present and future stars. They will have their own competition going on. So I expect the fans to see matches from home as much as they can.”

Moin Khan, who featured for Karachi Dolphins and scored first century of the tournament in 2005 against Lahore Lions, said: “I want to wish all the teams best of luck for the upcoming season. The National T20 Cup is about to begin, I have seen the six squads and I feel it will be a really exciting event; this tournament provides an opportunity for young players to make an impression and get selected for the HBL Pakistan Super League and the Pakistan men’s T20I squad. Players should not let go of this opportunity, they should avail the opportunity and serve Pakistan.”

Rashid Latif, former Pakistan Test captain, said: “Defending champions Northern have Mohammad Wasim as coach, Imad Wasim as captain while they also have Mohammad Amir. Haider Ali is a very exciting addition to the squad. If we talk about Khyber Pakhtunkhwa they have Abdul Razzaq as the new coach, they have Mohammad Rizwan as captain. Junaid Khan is an experienced bowler and Mohammad Hafeez is in great batting form. They also have Wahab Riaz and Shoaib Malik which makes them a richly experienced side; it would be interesting to see how they strategise with an eye on the tournament trophy. Sindh coached by Basit Ali have Sarfaraz Ahmed as their captain with experienced players like Asad Shafiq and Khurram Manzoor. Shan Masood leads the Southern Punjab side, which is coached by Abdul Rehman, while Haris Sohail is captaining Balochistan. Central Punjab have the world’s top player Babar Azam in their midst while they have players like Faheem Ashraf, Abdullah Shafiq, who is a quality young player, and Kamran Akmal, a proven performer.”