The inquiry commission report on the 2014 Army Public School massacre has exposed ‘local facilitation to militants’ and the ‘poor security measures’ in place to safeguard the institution. 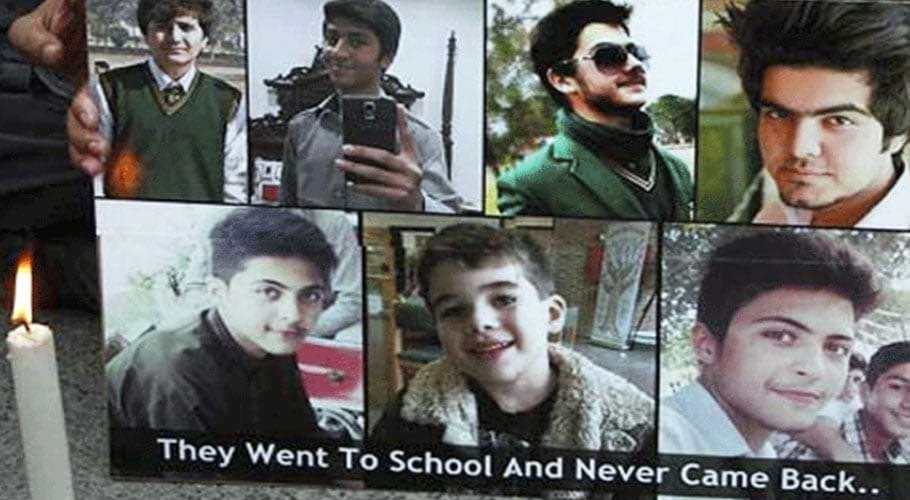 The inquiry report pointed out that terrorism perpetrated by the country’s enemies had reached a peak in 2013-14. However, the report said, this still doesn’t obligate us to hold that our sensitive installations and soft targets could be forsaken as a prey to the terrorists’ attack.

According to the spokesman for the commission, Imranullah Khan, the probe body had recorded the statements of 140 people and of them, 31 were police and army officials and the rest were witnesses, including injured students and parents of the children killed in the attack.

The report made public today provides an insight into the security lapses and local facilitation to militants that apparently led to the horrific attack.

The report, in its conclusion, noted that terrorism perpetrated by the country’s enemies had reached its peak in the year 2013-14, but said, “this [still] doesn’t obligate us to hold that our sensitive installation(s) and soft target(s) could be forsaken as a prey to the terrorists’ attack.”

It said the entry of terrorists from across the Afghan border into the school’s perimeter after “befooling the security apparatus” was mainly due to the porous nature of the border and the “unrestrained movement” of Afghan refugees across the frontier.

The report termed as ‘unpardonable’ the assistance provided to the militants by the locals, saying it was ‘palpable’. “When one’s own blood and flesh commit treachery and betrayal, the result would always be devastating,” it added.

Referring to the attack of the day, the APS premises were left unattended after an MVT (security patrolling team) moved towards the smoke rising from a vehicle set on fire by the terrorists as part of their plan to create a distraction.