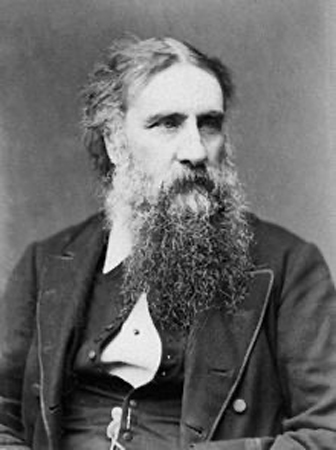 Writing fiction is a work of art, writing fantasy is another dimension of creative writing altogether.

Authors who have written fantasy and fantasy-adventure novels need to create such compelling characters who are larger-than-life. The setting is also filled with unexplained creatures, unimaginable natural landscapes, and events that the human mind cannot fathom.

Fables and similar stories have been a part of the folklore of communities across nations. However, writing novels from the genre of fantasy indeed brings out a wide range of storytelling aspects. George MacDonald is considered one of the earliest proponents of fantasy storytelling. Historians consider his novel, Phantastes, to be the first fantasy novel written for adults and published in 1858. He later wrote and published The Princess and the Goblin in 1872. JRR Tolkien and CS Lewis were influenced by the works of MacDonald.

William Morris is another fantasy author who admired the Middle Age. His novel, The Well at the World’s End¸ published in 1896, is regarded as an important milestone when discussing fantasy novels. While writers from the fantasy genre talked about foreign lands or the lands that they saw in their dreams, Morris did something different. He invented his world of fantasy. Perhaps it was this creative act that compelled JRR Tolkien to conceive the world of Middle-Earth and CS Lewis came up with the world of Narnia.

Sir Henry Rider Haggard also holds an important place when it comes to writing fantasy. He invented the idea of the ‘lost world’. It is a sub-genre of fantasy and was later adapted by the authors writing science fiction. It refers to when the characters discover an unknown world that is not connected with the time and place from where the characters belong. The lost world genre emerged when the remnants of the lost civilizations were being discovered around the world including the tombs of Egypt’s Valley of the King and the cites of Assyria. The Lost World by Arthur Conan Doyle; The Man Who Would Be King by Rudyard Kipling; At the Earth’s Core by Edgar Rice Burroughs are some works about the lost world fantasy genre.

A fantasy novel needs to have certain elements. The story must have some form of a magical system. The characters need to know magic or can cast spell. Such events must not be real or practical. That is why they are magic. Take the example of the novel A Song of Ice and Fire by George RR Martin. Among a plethora of characters – their stories, plot, and subplots – dragons and prophecies keep the story moving forward.

Another element pertains to a well-developed setting. The setting that an author uses – no matter how absurd it may seem – must be developed to the extent that it is real for the characters who are living in this setting. Take the example of The Hobbit. The setting that includes the protagonist Bilbo Baggins’ home – its interior and its surroundings – the forest, dragon, mountains, giant spiders, treacherous terrains – they are all imaginary yet as real as they can be. This is because the setting blends in with the story and with the character’s ability to accept them as real. They are also a part of the world that the author conceives.

The characters themselves are an integral part of any novel. For a fantasy novel, they need to be well-articulated to become a part of the universe or the system the author has developed. Aslan, the talking lion, in The Lion, the Witch and the Wardrobe is the king of Narnia and all magic countries. It displays qualities of leadership, honesty, and trust. It binds all the major characters of the story together. Never have the reader questioned why and how Aslan can talk. They do question what decision will it take next and how will it guide Lucy, Edmund, Susan, and Peter in defeating their enemies.

Furthermore, a central conflict is also necessary to keep the story progressing. This is equally important for fantasy novels. While there are inner conflicts, experienced by the character, there is also a small-scale conflict experienced between characters. Then there are large-scale conflicts where a character or a group of them is fighting against an even greater adversary, such as Lord Voldemort in the Harry Potter series. Another key element is the presence of a power structure that is beyond the control of the protagonists. This power structure could be a mighty villain such as Sauron in The Lord of the Rings.