Lock-up review — A passable whodunit thriller that fails to engage 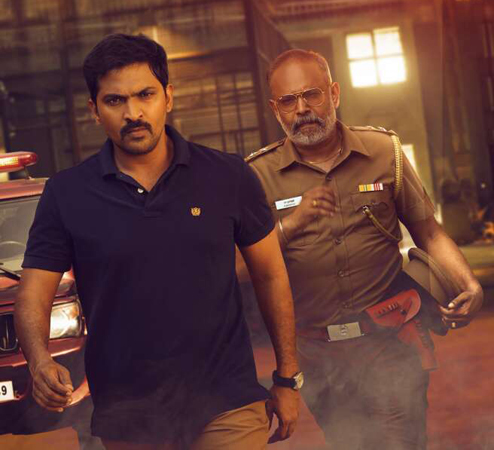 Actor Vaibhav, who was last seen on screen as a cop in the fun entertainer Taana is back on screen again as a cop, this time in the dark thriller Lock-up, directed by debutant SG Charles. Also starring Venkat Prabhu in an important role, let’s see what Lock-up has in store. Lockup begins with the death of a police officer Sampath (Mime Gopi), and Ilavarasi (Eswari Rao) gets to take charge of the station until a new inspector is assigned. The death case of Sampath takes a turn with the death case of Mallika (Poorna) getting connected to it, and two police officers Murthy (Venkat Prabhu) and Vasanth (Vaibhav) waiting for promotion, involved in it. Who killed Sampath, how is Mallika connected to it and the dark truth behind Murthy and Vasanth’s involvement in the cases is what Lockup is about.