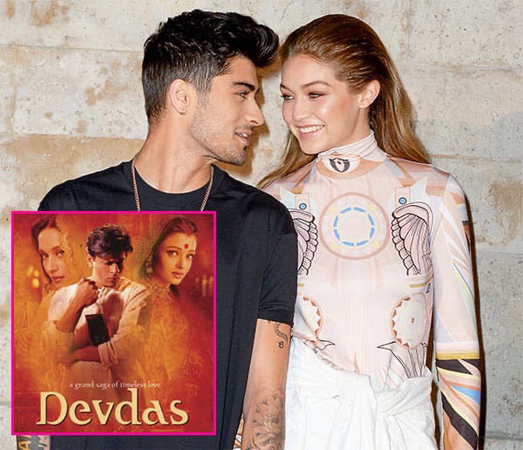 Zayn Malik’s love for Bollywood megastar Shah Rukh Khan knows no bounds which is why he seems to be taking Gigi Hadid down the same road. Circulating reports have revealed that the former One Direction member, who is a proud Bollywood buff, had once made the supermodel watch one of Shah Rukh Khan’s classic films while they were spending some time together.

Zayn had shot for Elle India in Manhattan and had talked to the Fashion Editor Rahul Vijay about his love for desi food and how his mom makes the best Pakistani dishes. “He loves Shah Rukh Khan, he’s even made Gigi watch Devdas, which is one of his favourites,” Vijay was quoted saying by DNA India.

Earlier, reports revealed the reaction of the King of Bollywood when he met Malik.

“Shah Rukh was so cool, on finding out that it was Zayn Malik who his daughter adores he greeted Zayn. The ex-One D singer was surprised to see the superstar himself come up to him. He was very overwhelmed with SRK’s gesture,” reported BollywoodLife.