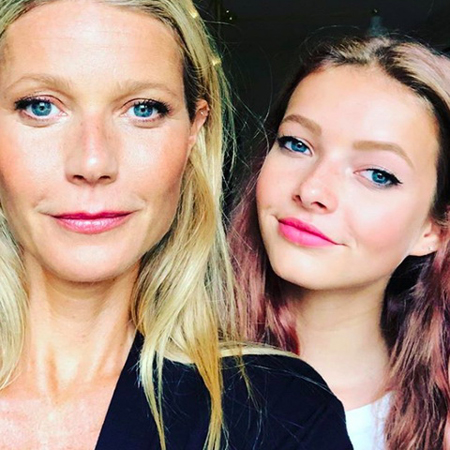 Who wouldn’t want a gorgeous gown from Gwyneth Paltrow’s closet? Well, it looks like her daughter Apple Martin is getting first dibs. During a recent interview with People the 47-year-old actress revealed she’s saved a ton of red carpet looks for her eldest child. “She loves to play in my closet,” the Oscar winner told the magazine. “I have saved everything for her since 15 years before I had her.” Considering Apple is now 16 years old, that’s more than 30 years’ worth of clothes! “I save everything,” Paltrow continued. “Not everything, but every red carpet look I have saved for her.” Although, the teen may not be getting every single show-stopping style. As followers will recall, Paltrow put the Calvin Klein dress she wore to the 2000 Oscars up for auction in April to raise money for the All In Challenge, which helps provide food to those in need. Paltrow also told the publication her daughter is a “beauty queen” and “glamorous in a way that I’m not.” “She’s very, very into makeup, which I’m not,” the Shakespeare in Love star, who shares Apple and her 14-year-old son Moses with her ex Chris Martin, said.