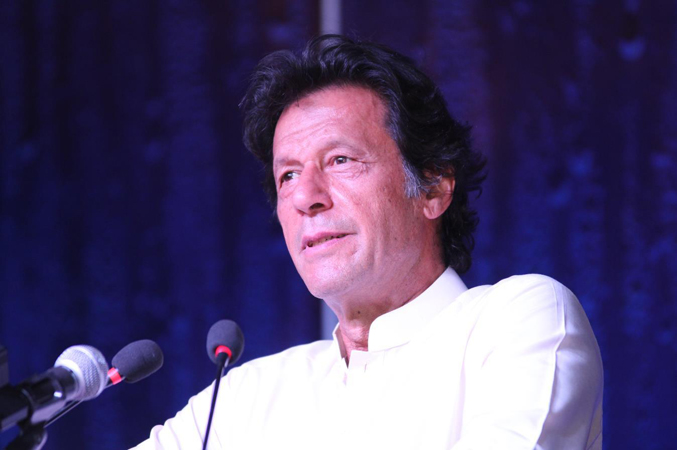 Prime Minister Imran Khan Friday urged the UN Security Council to protect the Kashmiris from ‘an impending genocide by India’ and warned that there would be no durable peace and stability in South Asia until the Jammu and Kashmir dispute was resolved on the basis of international legitimacy.

Addressing the United Nations General Assembly, Imran Khan said India in an attempt to divert the world’s attention from its actions in Jammu and Kashmir was upping the military ante against Pakistan. “I want to make it clear that any attempt by the fascist totalitarian RSS-led Indian government to aggress against Pakistan will be met by a nation that will fight for its freedom to the end,” he said.

The prime minister said Kashmir had been rightly described as a ‘nuclear flash point’. “The Security Council must prevent a disastrous conflict and secure the implementation of its own resolutions as it did in the case of East Timor,” Imran Khan told the 193-member world body.

He said the Security Council had considered the situation in Jammu and Kashmir three times in the past year. “It must take appropriate enforcement actions. It must also take steps to protect the Kashmiris from an impending genocide by India.” In a rare virtual address to the 75th Session of the UN General Assembly being held in New York, Prime Minister Imran Khan spoke at length about the ‘smart lockdown’ policy of Pakistan that won international acclaim, creation of a 500 billion US dollars fund for the developing world, climate change, India’s state sponsorship of Islamophobia and global framework to stem the illicit financial flows.

The prime minister told the world body that India was playing a dangerous game of upping the military ante against Pakistan in a nuclearized environment, to divert the world’s attention from its illegal actions and atrocities in the Occupied Jammu and Kashmir. “Despite constant Indian provocations and ceasefire violations along the Line of Control and the Working Boundary targeting innocent civilians, Pakistan has exercised maximum restraint. We have consistently sensitized the world community about a ‘false flag’ operation and another ill-conceived misadventure by India.”

“The international community must investigate the grave violations and prosecute the Indian civil and military personnel involved in state terrorism and serious crimes against humanity, being perpetrated, I am sad to say, with complete impunity,” the prime minister said. He said the military siege was being followed by moves to change the demographic structure of the occupied territory. “This is an attempt to “obliterate the distinct Kashmiri identity in order to affect the outcome of a plebiscite envisaged in the UN Security Council resolutions”.