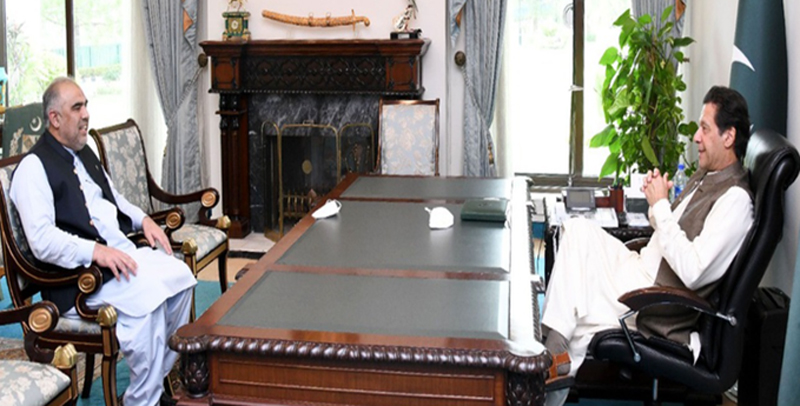 Prime Minister Imran Khan Friday directed the government of Punjab to launch the facility of universal health coverage for the residents of two big cities of the province.

Chairing the review meeting on National Health Card Programme to provide quality services to deserving people in Punjab and Khyber Pakhtunkhwa (KP), he asked the universal coverage to replicate the already in-place facility in KP.

The prime minister said provision of high standard health facilities to the people particularly weaker segments of the society was the government’s top priority.

The prime minister was apprised that Sehat Sahulat Programme of the government had been extended to 36 districts of Punjab, with 5.1 million families registered under it.

It was highlighted that the beneficiaries of the programme had increased during the tenure of present government.

The meeting was told that 80,389 persons were benefited from the facility this year.

During the last one and a half month, around 1.3 million families had been registered whereas 235 hospitals had been included in the panel.

The prime minister was updated that according to the feedback received, 97.5 percent had expressed complete satisfaction over the programme.

The meeting also gave briefing on the universal coverage of National Health Card in the KP.

Prime Minister Imran Khan Friday said it was his desire to take along other parliamentary parties in the legislative process, in the best public interest.

He was discussing matters related to legislation, measures of public interest and welfare with Speaker National Assembly Asad Qaiser.

According to a statement from his media office, the Prime Minister said the legislature has an important role to play in protecting and upholding the rights of the people under the Constitution and the law. Imran Khan said, in this regard, the members of the government would continue to play due part role in any reforms or amendments required in the existing laws.

Prime Minister Imran Khan on Friday said that the socio-economic development of Balochistan was among the foremost priorities of the federal government.

well as the revival of flood-affected areas of Balochistan, he added. The Prime Minister was talking to Balochistan Minister for Education Sardar Yar Muhammad Rind who called on him here.

Overall situation in Balochistan, rehabilitation measures in the flood-affected areas including Naseerabad, mega development projects, progress on Sukleji Dam and party matters were discussed in the meeting.