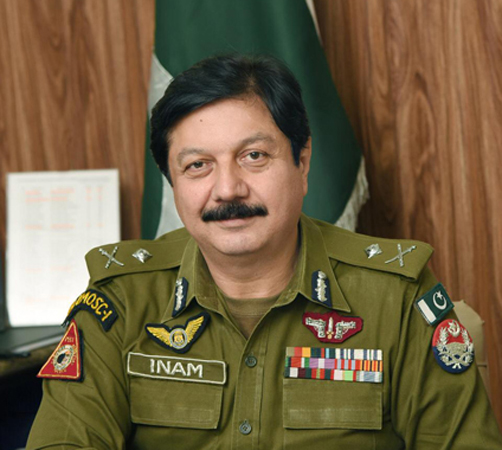 Inspector General of Police Punjab Inam Ghani said that hardworking, capable and highly educated human resources play a key role in running the professional affairs and operations of any organization therefore steps should be taken at the earliest to recruit the best human resources to fill the vacancies keeping in view needs of modern policing for security and easy provision of services to the citizens.

He said that the officers who unnecessarily delay in writing the ACRs of their subordinates should be held accountable so that the promotion process of any officer would not be affected. He gave these instructions while presiding over a meeting on Human Resource Management at Central Police Office here today. The meeting discussed transfer posting policy, vacancies and other departmental matters including recruitment on them.

Directing the officers, the IG Punjab said that the use of modern technology and software should be further promoted to improve the internal working of the police so that the professional affairs could be carried out more expeditiously and efficiently. The meeting was also attended by Additional IG IAB Azhar Hameed Khokhar, Additional IG Establishment BA Nasir, DIG Establishment 2 Maqsood Al Hassan, DIG Headquarters Syed Khurram Ali and AIG Admin Waqar Shoaib among others.