The Muttahida Qaumi Movement-Pakistan again demonstrated its political muscles through a big rally in Karachi and defied its critics that no one can stop us from demanding the new province in Sindh. 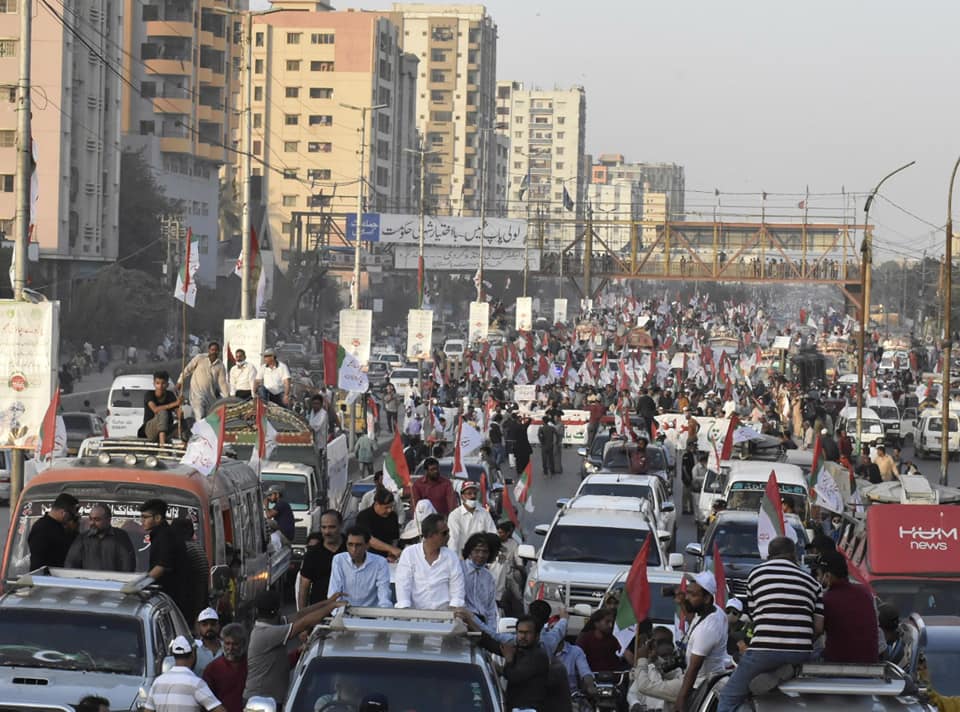 MQM-P leaders on Thursday lambasted the Pakistan Peoples Party-led Sindh government for ruling over the province for the last 13 years on the basis of a ‘false mandate’.

Convener Khalid Maqbool Siddiqui cleared while addressing the rally that all the demands of the MQM had been merged into a one single demand. “We want a province for ourselves. The biggest demand is ‘South Sindh province’ that should be comprised of urban areas of Sindh,” he demanded

MQM-P Convener said that carving out a separate province from Sindh was writing on the wall. “You shall decide the name of the new province as we have already demarcated its territory,” he said

By responding Pak Sarzameen Party’s Mustafa Kamal that “Should not make us afraid that what will happen with the Mohajirs living in interior of Sindh if we demand a new province,” he cleared

Talking about promises broken by PTI-led government MQM-P leader said that the prime minister’s Rs1.1 trillion plan for the metropolis, he said that promises had been made for the sake of Karachi but implementation was not find anywhere.

However, he asked participants of the rally that they would have to gather again in October-November for taking a final decision about the province.

“For the past 12 years, the Peoples Party-led Sindh government has meted out unfair treatment on urban parts of the province”, senior party leader Amir Khan said

MQM-P leader said that for the redressal of grievances faced by urban Sindh, his party has gone from pillar to post but to no avail. He said that the party has knocked on all the relevant doors to allay the ordeal. “We have gathered here for our own province. Kill how many you want but we will not be in calm yet we don’t get our province,” he professed

He lamented that still 100 of the party activists were missing, Amir demanded the authorities release them so that they could be reunited with their families.

Moreover, he stated that when it comes to the public sector jobs, the Sindh government always overlooked applications from urban areas of the province and further asserted that the Karachi uplift package promised by the centre was not being materialized either.

On his turn MQM-P senior leader Faisal Subzwari said that it was the gathering of taxpayers and not defaulters as the income tax paid only by Liaquatabad alone was more than what had been collected from Islamabad and Lahore.