The Hindu and Sikh community has staged a sit-in in front of the Indian High Commission in Islamabad to lodge a strong protest against the mysterious deaths of 11 Pakistani Hindus in Jodhpur city of India. 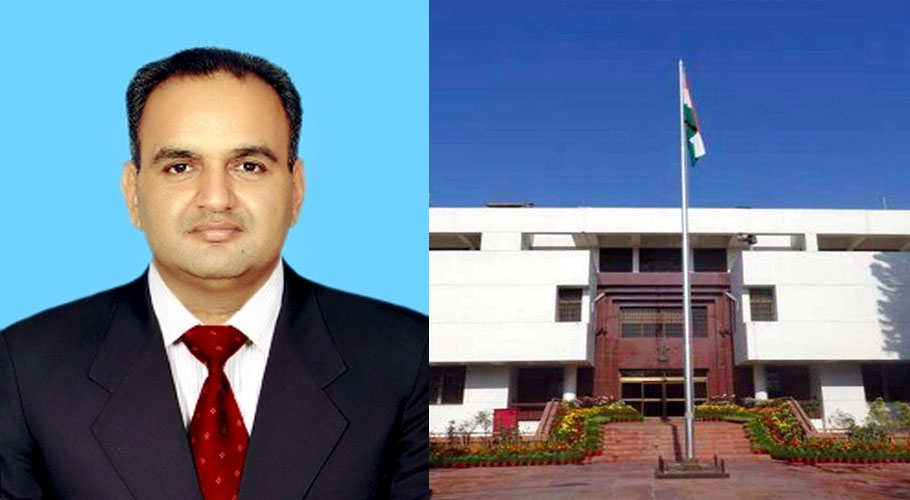 Talking to media in Islamabad, Member National Assembly and Patron-in-chief of Pakistan Hindu Council Dr Ramesh Kumar said the Indian government’s claims of being a secular country prove falsified in the murder of eleven Pakistani Hindus.

He said hey said that the minority communities living in the so-called secular state of India are not safe. He said they want justice for the eleven Pakistani Hindus killed in Jodhpur, and asked the world community to take notice of brutal killings.

Talking to the media, Patron-in-Chief Pakistan Hindu Council (PHC) Dr Vankwani blamed Indian police for covering up facts about the Jodhpur incident in India in which 11 members of Pakistan’s Hindu community were mysteriously found dead in August.

Vankwani on Tuesday held a meeting with Foreign Minister Shah Mahmood Qureshi to apprise him about the anxiety within the Pakistan Hindu community over the incident. He said that the daughter of the deceased head of the family, Mukhi, had filed an FIR in Sanghar on the incident, alleging that the RSS and BJP were involved in the murder of her family members. Vankwani shared that Mukhi claims that “her father, mother and other family members were murdered after they refused to spy on Pakistan and issue anti-Pakistan statements at the behest of Indian intelligence Agency.”

Qureshi informed Vankwani that Pakistan had urgently taken up the issue with the Indian side and urged them to “carry out a comprehensive investigation and share its findings with Pakistan”. He added that “safety and security of all its nationals was the responsibility of the Government of Pakistan”.

On Sept 14, Pakistan summoned the Indian chargé d’affaires to convey its serious concern over the deaths of Pakistani Hindus who were found dead inside a rented farmhouse in the northwestern Indian city of Jodhpur on August 9. Only one member of the family that belonged to the Bheel community has survived, according to reports. The deceased had moved to India from Pakistan around eight years ago.