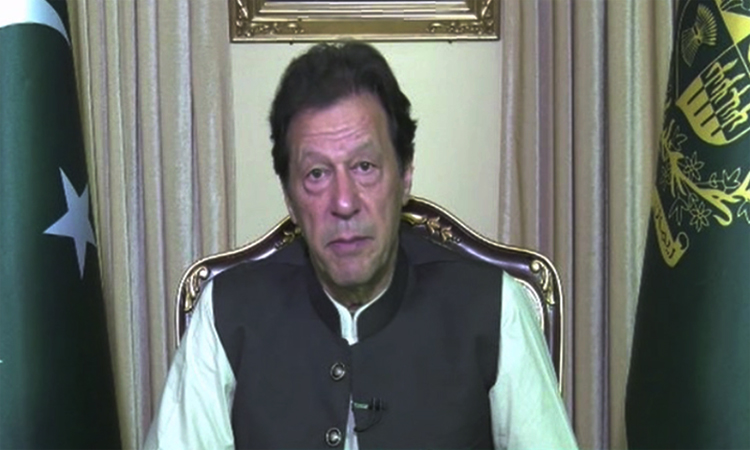 Prime Minister Imran Khan, while stressing the need of strengthening international cooperation to bring perpetrators of financial crime to justice, Thursday said the world community must take decisive actions, including the return of stolen assets of the developing countries.

The prime minister was speaking through video-link at the launch of the Interim Report of the High-Level Panel on International Financial Accountability, Transparency and Integrity for Achieving the 2030 (FACTI) held on the sidelines of the 75th session of UN General Assembly in New York.

“We welcome the Interim Report of the FACTI Panel. The figures of illicit flows mentioned in the report are staggering,” Prime Minister Imran Khan said and stressed, “This bleeding of the poorer and developing countries must stop.” The prime minister appreciated the initiative by Nigeria and Norway to establish the Panel on International Financial Accountability. “Each year, billions of dollars illicitly flow out of developing countries. My government came with a robust public mandate to get rid of this menace from the country. We have taken several initiatives domestically,” he added.

Imran Khan called on the international community to adopt decisive actions. “The stolen assets of developing countries, including the proceeds of corruption, bribery, and other crimes, must be returned immediately. “The authorities in ‘haven’ destinations must impose criminal and financial penalties on their financial institutions, which receive and utilize such money or assets,” he added.

The prime minister further said that the “enablers” of corruption and bribery, such as accountants, lawyers and other intermediaries, must be closely regulated, monitored and held accountable. “The ‘beneficial ownership’ of foreign companies must be revealed immediately upon inquiry by interested and affected governments,” he proposed.

Imran Khan said multinational corporations must not be allowed to resort to “profit-shifting” to low tax jurisdictions to avoid taxation. “A global minimum corporate tax could prevent this practice,” he added.

He further proposed that revenues from digital transactions should be taxed where the revenues were generated, not elsewhere. The prime minister said, “Unequal investment treaties should be discarded or revised and a fair system for adjudication of investment disputes set up.” “All official and non-official bodies set up to control and monitor illicit financial flows must include all interested countries,” he added.

The prime minister said the United Nations should set up a mechanism to coordinate and supervise the work of various official and non-official bodies dealing with illicit financial flows to ensure coherence, consistency and equity in their work. He said the need of developing countries to protect and preserve their precious resources had become even more vital because of the recession triggered by the COVID-19 pandemic. “Unless these steps are taken, the difference between the rich and poor will keep growing. The developing countries will get impoverished and what we see of the current migration crisis, this will be dwarfed by what will happen in the future, if this gulf keeps growing,” the prime minister maintained.

The event provided a forum to discuss priority actions on identified challenges, “particularly in light of the impact of the Covid-19 crisis on progress towards the implementation of the 2030 Agenda for Sustainable Development”. The event would also “foster a discussion amongst civil society, international institutions, academia and the business sector to explore the issues highlighted in the FACTI panel’s interim report”.

Munir Akram, Pakistan’s Permanent Representative to the UN and president of the Economic and Social Council, was also expected to speak during the session, Radio Pakistan reported. In addition to his address to the FACTI panel, the premier will also spoke at another event, ‘Poverty at a Crossroad: Using Leadership and the Multidimensional Poverty Index to Build Back Better’. The event was co-hosted by Pakistan and Chile. The prime minister is due to address the United Nations General Assembly today (Friday). His speech will focus on Kashmir dispute, the Foreign Office said earlier.