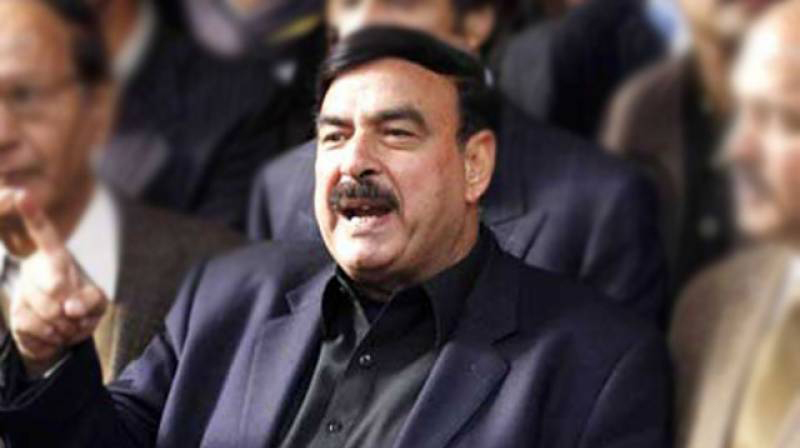 Railways Minister Sheikh Rasheed Ahmad on Thursday said that both, JUI-F chief Maulana Fazlur Rehman and PPP Chairman Bilawal Bhutto Zardari held one-on-one meetings with Chief of Army Staff (COAS) General Qamar Javed Bajwa. “Fazlur Rehman had met the army chief in a one-on-one meeting,” he said and further challenged that he was ready to divulge details of a one-on-one meeting between the two in Lahore if Maulana continues to deny his meeting. He further expressed surprise over hue and cry over the meetings and asked if it was not an honour to meet the chief of the armed forces. He blamed that the JUI-F chief wanted to fuel sectarian rifts in the country. Sheikh Rasheed further dared the opposition leadership to resign from the assemblies so that they could know about their standing within the masses in the next polls.

“PPP will never agree to resign from Sindh Assembly as they know that they could lose the province in case of re-election,” he said. The railways’ minister said that the only aim of the opposition parties is to create hindrance for Prime Minister Imran Khan in acquiring a majority in the Senate after the scheduled polls in March 2021.

He said that Nawaz remained silent for a year and now after speaking during the all parties conference (APC) he had himself dig a grave for his political future. “I will now expose a political leader every week from now onwards,” he said.