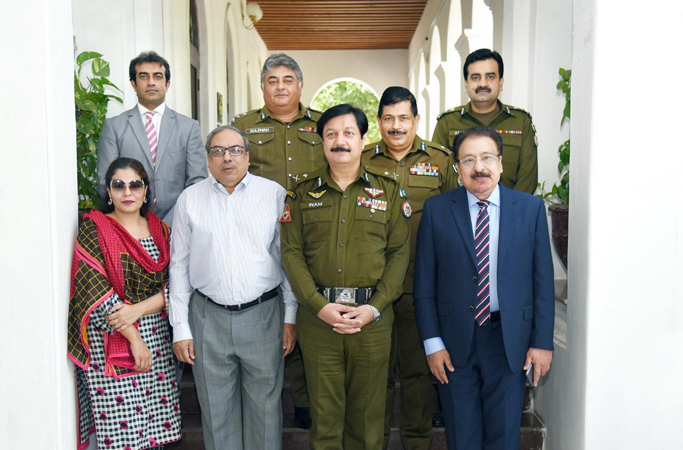 Inspector General of Police Punjab Inam Ghani said that land mafias illegally occupying government lands in all districts of the province do not deserve to any concession, therefore targeted operations should be started with full-fledged preparation and mutual coordination of concerned departments against them irrespective of their position and status and relinquish government lands under their control.

He said that during the operations, joint efforts should be made with the civil administration and the prosecution department to ensure concrete steps under a comprehensive strategy so that there is no gap left in the elimination of the occupation mafia, its supporting elements and facilitators. He further said that all RPOs, CPOs and DPOs should maintain close liaison with the district administration and concerned departments during crackdown whereas mafia involved in illegal occupations should be identified and operation should be carried out with full readiness to deal with the threats.

He issued these instructions in a letter addressed to all RPOs, CPOs and DPOs of the province including CCPO Lahore.

The letter directed the officers to ensure the presence of Revenue Authorities during the operations shall be mandatory to evict the occupation of government lands from the mafia while those responsible for irresponsibility, inadequate preparation and backing of the accused during the operation, simultaneous departmental and legal action should not be delayed at all.

IG Punjab has emphasized that in all measures taken before, during and after the operations, observance of laws should be taken into consideration in all cases whereas stages of preparation and prosecution of the cases against land mafia should be completed by supervisory officers with special attention and consultation of the concerned public prosecutor must be ensured at any cost.

He further said that the legal documents of every step in operations against the occupation mafia should be made part of the record and it should be kept as transparent and meritorious as possible while supervisory officers should ensure strict and timely action under their supervision against influential people who support and occupy the mafia and their facilitators.