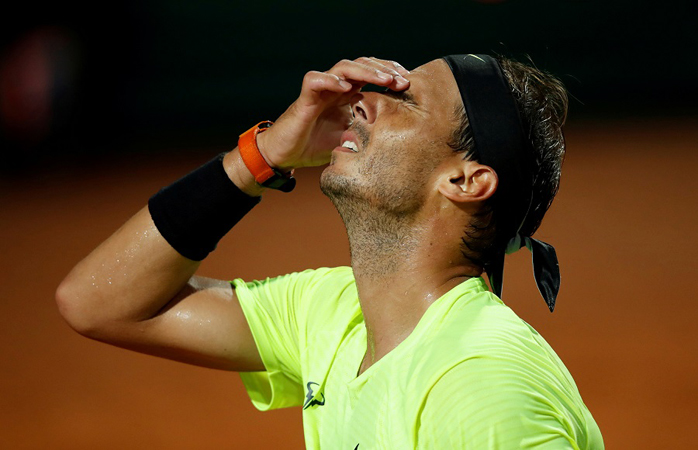 PARIS: Rafa Nadal has the perfect chance to equal Roger Federer’s record 20 Grand Slam titles at the French Open he has made his own, but for once the conditions are stacked against the King of Clay heading into the rescheduled tournament. A record 12-time winner at Roland Garros, Nadal usually lands in Paris in May fresh from romping through the claycourt season from Monte Carlo to Rome, before pummelling the pretenders to his crown at Roland Garros. Three of his French Open crowns have been achieved without even dropping a set. But this time he heads for the French capital after playing only three matches in the last six months because of the COVID-19 pandemic that prompted his decision to sit out the U.S. Open over concerns about the virus. He resumed with a couple of wins against Dusan Lajovic and Pablo Carreno Busta in the Italian Open last week but the rustiness of the long lay-off was evident during his shock quarter-final defeat to Argentina’s Diego Schwartzman. Nadal made 30 unforced errors against Schwartzman and surrendered his serve five times in the straight sets defeat, explaining the loss as due to a “completely special and unpredictable year”. For six-time Grand Slam champion Boris Becker, Nadal’s scant preparation could prove costly. While there are doubts about Nadal’s form, his two closest competitors Dominic Thiem and Novak Djokovic will be better prepared. Federer is missing the tournament due to recovering from knee surgery.